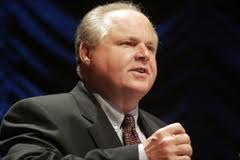 Conservative media is undergoing an identity crisis. In recent weeks, thought leaders on the right have argued that their journalism is too aggressive, too weaponized, and too loose with the facts.
What better time to address that problem than at the annual Conservative Political Action Conference.
Representatives from leading conservative news outlets — including Fox News, Townhall, and The Daily Caller — at the Conservative Political Action Conference- CPAC are discussing the future of conservative media, an issue that has gained national attention in the wake of last year’s election and failed efforts to discredit figures like Chuck Hagel, now President Obama’s secretary of defense.
The panel, titled “Survivor: Conservative Journalism,” is a side-show in the larger CPAC calendar, but it addresses one of the most important issues facing the Republican Party — namely, how conservative media outlets can gain more recognition and more credibility among the mainstream media.
“That the conservative movement now has its own media outlets is a terrific thing. But with that comes a basic responsibility to report facts and admit error — something we slam the mainstream media for all the time. We don’t always live up to those standards,” Keith Urbahn, a former chief of staff to Donald Rumsfeld and one of Friday’s panelists, stated.
In late February, the influential Red State blogger Erick Erickson argued that conservative journalists had “forgotten the basics of reporting” because they were “trying so hard to highlight controversies, no matter how trivial.” At The New Yorker, editor Alex Koppelman likewise argued that right-wing journalists would have to take the “commitment to journalism more seriously” if they wanted “to be taken more seriously.”
Those columns were written after the conservative website Breitbart.com published articles alleging that Hagel had received funding from a group called “Friends of Hamas.” The group turned out to be nonexistent — a fact easily uncovered by a few minutes of basic reporting.
Erickson said that conservatives need to focus on building up “good journalists committed to the basics.”
Katie Pavilch, the news editor of Townhall and one of Friday’s panelists, likewise noted that “moving forward, solid and documented investigative reporting will be key in gaining even more credibility throughout the industry.”