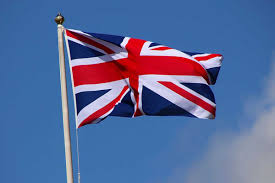 Boris Johnson may have won a resounding electoral victory in the latest UK elections on December 12, 2019, on the promise to get “Brexit Done” but the ramifications are far and familiar. Given the outcome of the election with a crushing defeat of Labor Party’s Jeremy Corbyn, the exit of Britain from the European Union is all but assured. To some observers, this trend fits a pattern of Britain’s penchant for disunity, dislocation, dismemberment, and dominion.

It’s almost impossible to objectively look at all the wars, conflict and strife engulfing the world today without tracing it back to the ugly underbelly of imperialism related conquests. From failed States in Africa to the hydra-headed Middle East conflict and to the uneasy relationship between India and her Muslim neighbor in Pakistan.

I have always been fascinated by the complicated politics of the Middle East resulting in decades upon decades of unending war particularly between the nation of Israeli and Palestinians. From the Camp David accord to Oslo declarations, successive United States administrations have attempted to mediate albeit unsuccessfully in the unending conflict. The war has become so intractable and its ramification so pervasive that it has churned out more deadly terror organizations than anyone can count.

The Jewish State of Israel came into existence in 1948. This was many years after 1917 when the British government in what was later known as the Balfour declaration announced the support for the establishment of a “national home for the Jewish people” in Palestine. The region, at the time, was under the Ottoman Empire with only a small minority Jewish population and by far a majority Palestinians. Before then, the Jewish diaspora led by Theodore Herzl and later Chaim Azriel Weizmann had envisioned the establishment of a homeland for the children of Zion following many years of rising anti-Semitism in Europe.

The problem was not that the Jews came to be in a place they believe is a fulfillment of God’s promise to them. History thought us that no single religion or group can claim exclusive ownership of the disputed land. This is why the city of Jerusalem harbors the holiest sites of three of the world’s biggest religions. The Church of the Holy Sepulcher, which marks the spot where Jesus was crucified, is one of the two holiest sites in Christianity. The Temple Mount, the holiest site in Judaism is regarded as the place where God’s divine presence is manifested more and where Jews turn towards during prayer. For the Muslims, it’s the Al-Aqsa Mosque; the third holiest site in Islam from where it was believed Mohammed was transported to the sacred Mosque in Mecca during the Night Journey. In fact, before the turn of the century and at different periods in history the Jews, Christians and Muslims have inhabited this space called Palestine. The problem was that the creation of Israel by the British mandate saw to the massive displacement of Palestinians in a place their fathers and grandfathers lived for years and in some cases still hold title to the land. All of a sudden these Arabs became strangers in their own land and refugees scattered all over the face of the earth. Herein lies the crux of the matter. 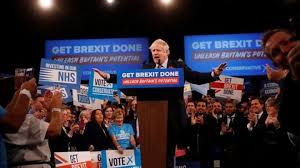 Suffice it to say that the then British Prime Minister Lloyd George’s declaration of support for the creation of Israel wasn’t borne out of love for the Jewish people. It was part of a war strategy that ultimately saw the disintegration of the Ottoman Empire and handed victory to the Allied Powers in the First World War. Whereas the Jews were lucky to have benefitted from the British intrigues, the Arabs, on the other hand, were seriously short-changed in the process to this day. The Israeli victory in the Yom-Kippur war and a slew of others continued to worsen the situation…a stateless Palestinian people yearning for a piece of their homeland. It’s hard to argue that there would be no conflict in the Middle East without the British. It is a known fact, however, that had Britain put a little more consideration outside of that which benefitted her imperialist ambition, things would have turned out better.

The same British problem was replicated far and wide. In Nigeria, the imperial government was successful in pitting one tribe against the other making it difficult for the young independent nation to achieve true statehood. It was clear that a prosperous and truly independent Nigeria is a threat to Her Majesty’s dominion. In the horrible Biafra civil war that saw to the killing of an estimated two million Igbos, Great Britain was a willing accomplice.

In Asia, the story was no different. The Kashmir conflict, another creation of the British during the partition for India continues to consume lives between the two countries of India and Pakistan. The constant bickering between the two nuclear nations puts the world on edge and the area has become a terror hotspot.

And so as you journey from east to west, north to south, you can’t fail but notice what unchecked greed, grave injustice, divide and rule, conquer and intimidate have caused humanity. It’s high time the international court in Hague listens to all these crimes against humanity committed by the government of the United Kingdom under Her Majesty The Queen. The statute of limitations doesn’t apply here.