Francisco Bozzano-Barnes holds a Masters degree in Environmental Studies from York University with concentration on New Perspectives for International Development. He has worked for three decades as Conference Interpreter, Translator, and Reviser. With a background in sustainable urban and rural development and a focus on land tenure, energy and food production and access, Francisco speaks major international languages fluently including Spanish, English, French, Italian, and German. His studies on the impacts of world dynamics on development in urban/rural settings, provides an enriching international context and experience to his local activities, which in the last years have been focused on Africa. 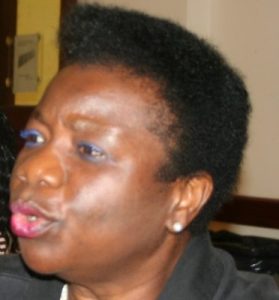 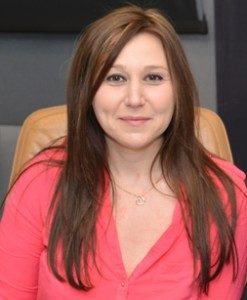 Carole Marchal has a background in International Relations and Diplomacy, and completed a double Masters in International Relations / Diplomacy, specialising in peace and conflict resolution, at the Australian National University (ANU). After graduating top of her class, Carole joined the United Nations Information Centre where she worked as a Public Affairs Officer. Carole also worked, prior to her Masters, in a similar position at the French Embassy in Australia.

Besides her experience in public information, Carole also had experience as a media practitioner, working for a local French newspaper, La Marseillaise and later for Australian Defence Business Review. Carole studied journalism at the University of Canberra (UC) before moving on to a career in the public service. Carole’s areas of expertise are gender, peace and conflict, development and international human rights law.

With a Master of Science degree in Mass Communication from Southern Illinois University Edwardsville and Bachelor of Arts in Philosophy from University of Lagos, Nigeria, Ernest Kwabena Opong is an outstanding writer with bright mind. He was the Publisher/Editor-In-Chief, Amandla Newspaper, based in New York. In that capacity he managed and supervised a number of media practitioners including online social media personnel in the US and overseas stringers and correspondents. Mr. Opong also taught journalism classes in the Department of Communication Studies, Borough of Manhattan Community College (City University of New York CUNY) and also worked as Legal Proofreader at the global law firm, White & Case LLP, New York where he engaged in editing and proofreading of legal documents.

A brilliant Internationalist, peace building analyst, social and economic development strategist, Yvan Yenda Ilunga has committed his life to being a change agent, empowering lives and working toward promoting of human security. Raised above all social and economic structural limitations, Yvan is a living testimony for what he calls “the narrow way to greatness” and works hard to communicate to the world a “possible Mind-set”.He holds a BSoc (Honours) in International Relations and BA (Honours) in Development Studies and a Masters Degree in Social Development.Yvan has worked with many decision makers on issues such as ethics in investment, strategies for investment during peace and conflict period, corporate social responsibilities and conflict resolution mechanisms.He is also a talented public speaker and well experienced researcher with interest in political economy related to natural resources. He was a speaker at the TEDxNJIT at New Jersey Institute of Technology in 2013 and worked as research fellow at the New Jersey Institute of Technology.Yvan speaks fluently English, French and Swahili.

A graduate of political science from Yale University joins the Center for Media & Peace Initiatives as writer and contributor.Ms. Gorman has a stellar background of writing and reporting for different news organizations and brings to CMPI an outstanding perspective on conflict and peace journalism. She has reported from Mali and Ghana and experienced several conflicts in West African country.Among the news organizations where Ms. Gorman worked include The Washington Spectator, Yale Daily News, and Forbes.com.Named a Yale Journalism Scholar, Ms. Gorman was one of the 30 students to achieve such status through courses and published work. As part of her academic thesis on Mali conflict, Gorman interviewed government, military and UN officials in Mali about political nuances and future stability of the crisis-prone West African country.Gorman has also interned in the office of Senator Kirsten Gillibrand of New York where she helped with administrative duties, legislative research and tours of the Capitol.

An outstanding social entrepreneur, Lauren M H Parks has dedicated her life to demonstrating how every person can truly contribute to social change. Armed with diverse global perspectives on what motivates people to get involved in social change as well as the roles of individuals, nonprofit organizations, government, and the media, Lauren is a solution provider committed to leveraging knowledge to address society’s challenges.A graduate of political science from University of Philippines and graduate student of International Relations at Saint John’s University, Queens, New York, Lauren worked with leading politicians and political organizations in Philippines and United States.She worked as public school teacher with New York Department of Education and Learning Leaders, and served as advocate, and researcher for several nonprofit organizations.Lauren Parks is a recipient of several awards including Manuel L. Roxas Leadership Award, Zonta Club International Leadership Award, and candidate for the British Chevening Scholarships Awards Scheme.

Husseini Yushau Baba AlWaiz graduated in Journalism and Mass Communications in the late nineties in Ghana and was the Parliamentary and Presidential Press Corps correspondent for the Business & Financial Times, Ghana’s leading business newspapers, owners of the Business in African magazine. He has a diploma in Arabic & Islamic Studies.  He is a member of the African Muslim Council, committed to bridging the cross-cultural gap between the American and African Muslim Community in New York.He authored three books, the first one, Paradise under Mother’s Feet, a discourse about parental obedience, reviewed by the New York Beacon newspaper, and Not good without God, a rebuttal against an atheist from Harvard University. The third book (forthcoming) is entitled, ISLAM: A Faith that Promotes Tolerance & Prohibits Terrorism, aimed at educating the Muslim youth about the real teachings of Islam about religious tolerance. Mr. AlWaiz was former editor of Diasporan newspaper-the leading African newspaper within the tri-states area-New York, New Jersey and Connecticut. Prior to joining CMPI, ALWaiz was Director of Media and Marketing by the Energy Services Solutions-an energy solution consultancy firm in New York.

KentaroFunayama is a law student at Waseda University, Tokyo, Japan. A resourceful and intellectually minded young man, Kentaro is interested in Anglo-America law. He has a passion for social media and its capability in reinforcing integration of different demographics and also building bridges among different societies. His experience is mainly in advertising where he worked briefly for SukiAitaiYabai, a famous creative agency in Tokyo, Japan. Kentaro speaks Japanese, English, and French. 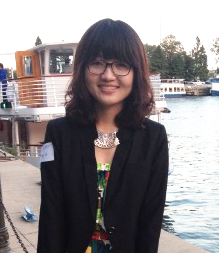 Yanjun Xu is an international graduate student of digital media and storytelling at Loyola University Chicago. She is from China. Yanjun is good at video editing and graphic design. She is interested in new media and using those resources to tell story. And she is also like the web content management, has creative ideas and skills about design and storytelling. Her experience is mainly about documentary production and also website editor in a media company. She speaks Chinese and English.

Chigozie Madu teaches Marketing Communications. He is a graduate of Marketing from Institute of Management & Technology, Enugu. A community organizer, Madu has devoted his time to civic engagement of the youth towards effective democratic governance. As an effective youth leader, Madu has an excellent rapport with people of all ages with unique communication skills, both written and verbal.

Diandian Jiang holds a master’s degree in political science from Columbia University, and is currently the Senior Research Officer at the Center for Media and Peace Initiatives in New York, where she writes articles about politics and media, and conducts interviews with UN, government, and NGO officials and scholars. Her research interests include US-China relations, Chinese politics and economics, regional Asia-Pacific politics, international peace and security, and elections. Previously, she was the coordinator for the Peace Seminar held by the Columbia Law School. For several years, she also worked as a research assistant for professors in the Department of Political Science at Tsinghua University and the London School of Economics on projects relating to Chinese politics. Her prior media experience includes working as a reporter for China Radio International’s English commentary program. 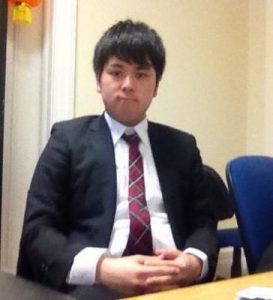 Shohei Okamoto is a student who is majoring in Economics at Keio Graduate School of Economics. He has experience working at Keio University and Diet (National Parliament) member’s office as a Research Assistant. 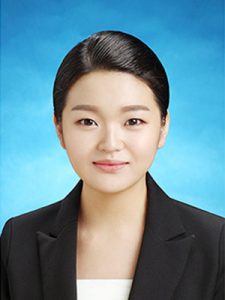 Ji yeong is a student who is majoring in Media Studies & Broadcasting and English at Dongseo University. She has experience working at a Media Organization, Korea Media Rating Board. Also she has experience working as a public ambassador of many cultural organizations requiring pouring her creative talent into making promotional projects with co-workers so she is considered an ingenious and cooperative person. 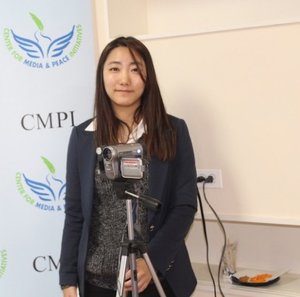