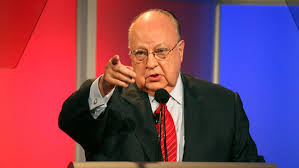 Roger Ailes stepped down on Thursday as chairman and chief executive of Fox News, ending a 20-year reign as head of the cable network he built into a ratings juggernaut and an influential platform for Republican politics.

The long-time head of Rupert Murdoch’s cable news operation will be replaced by the media mogul atop Fox News, according to a release from 21st Century Fox.

“Roger Ailes has made a remarkable contribution to our company and our country,” said a statement from Murdoch. “Roger shared my vision of a great and independent television organization and executed it brilliantly over 20 great years.”

No other information or details about Ailes’ departure were made public.

The last straw against Ailes, 76, apparently came earlier this week with reports he made sexual advances a decade ago on current Fox News star anchor Megyn Kelly.

CMPI will provide analysis of the implication of Fox News without Roger Ailes in an era of deepening ideological orthodoxy in American political life. Look forward to CMPI This Week for insightful analysis.