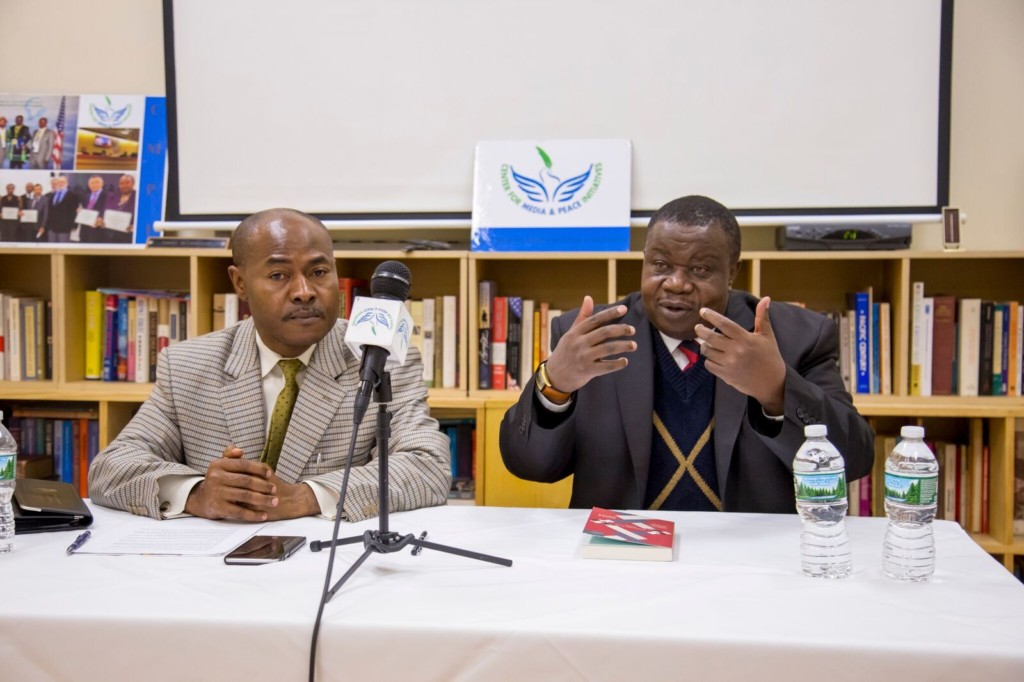 The mid 17th century English proverb that “a hungry man is an angry man” and perhaps lacks the capacity to understand the law probably summarizes the perception of rule of law in Africa, according to the Minister of Justice and Constitutional Affairs, Republic of Uganda, Kahinda Otaffire who spoke at the CMPI Dialogue in New York.

The human tragedy about rule of law in Africa is that while the majority of the population faces massive deprivation of basic necessities of life for a long time, many of the citizens will have little patience to respect laws in their battle against poverty.

“With ignorance, poverty, and disease starring their faces, many Africans cannot demand their basic human rights because in most cases they are not aware of their rights, neither are they interested in talking about the rule of law”, the chief law officer of the East African country told his audience.

He distinguished between two concepts – rule law and rule by law. Whereas rule of law entails a collective agreement by a group of people to abide by certain norms, rule by law emphasizes rigid authority emanating from superior powers. For example, soldiers obey superiors not out of conviction but by command.

Kahinda’s presentation style was remarkably different from the official and bureaucratic method employed by some public functionaries. The extemporaneous presentation made it easy for the veteran freedom fighter to navigate issues across sectoral boundaries.

When the minister pivoted to discuss economic relations between Africa and western countries, Kahinda was quick to point out some lopsided economic ties that predate colonial adventurism in Africa by foreign governments.

In acknowledging that Africa is “not united in thinking” the Justice minister emphasized that it was time for Africa to bid farewell to the politics of dependence and work hard to create an enabling environment for economic prosperity in the continent.

In a reference to a reporter’s question regarding the exploitation of raw materials by some industrialized countries, Kahinda made reference to some of the experiences he encountered when he served as his country’s trade minister including his insistence that foreign companies that import cotton should set up companies in Uganda to utilize local cotton to produce clothing materials instead of taking away the cotton at cheap prices only to export finished goods to Africa at higher prices.

Besides, argued the minister, setting up industries by foreign companies has the combined effect of creating employment for the teeming jobless youths in the continent.

Kahinda also spoke on media freedom especially the health of the freedom of information law in Uganda – a country of 38 million people under the rule of President Yoweri Museveni for more than a quarter of a century.

The general perception within the international community is that the media is not free in Uganda and hardly criticizes the government.

But, the minister, not surprisingly, came to the defense of the Museveni administration – one of the longest-serving leaders in Africa. In a humorous way, Kahinda remarked that the job of 277 private radio stations and one government radio station is to insult government. “When they stop insulting us we get worried”, he said.

Prior to his new position, Kahinda served in different capacities in the government including as Minister of Tourism, Trade, and Industry;  Minister of Land, Water and the Environment; and head of the Uganda Military Expedition into the Democratic Republic of the Congo.