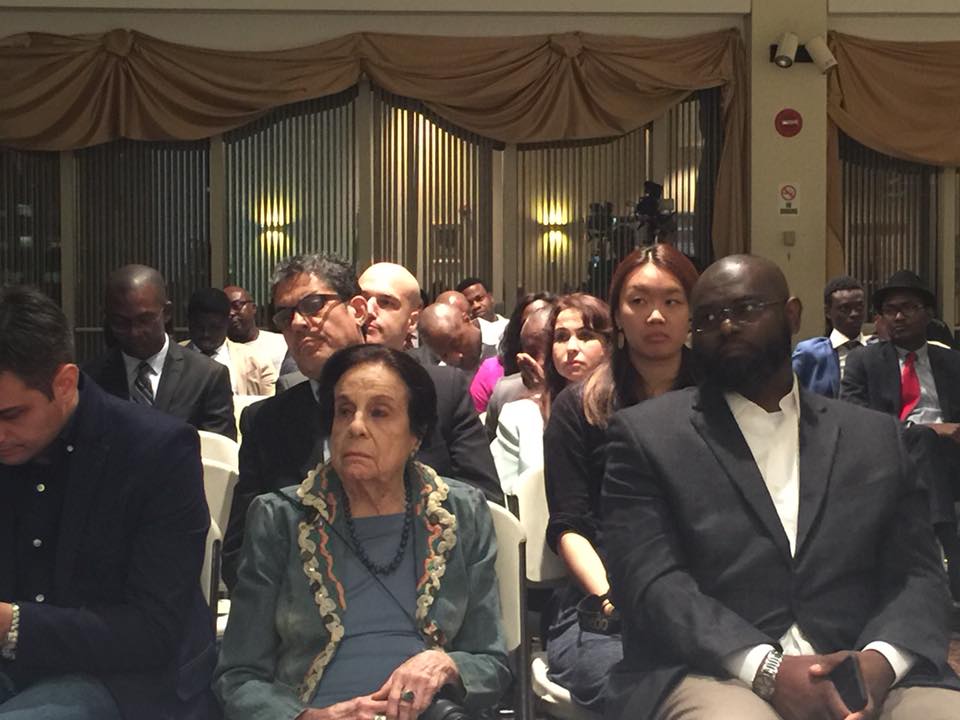 Nigeria’s Deputy President of the Senate – the country’s upper legislative chamber, Dr. Ike Ekweremadu, has been speaking on needed constitutional reforms in Nigeria and other countries in Africa.

Ekweremadu spoke while delivering a lecture entitled: ‘Constitutionalism and the Challenges of Leadership in Africa: An Evaluation of Tested Models’ in New York at the 10th anniversary lecture of Center for Media and Peace Initiatives, a New York-based international nonprofit media and policy think tank.

Ekweremadu reviewed the long journey of constitutional democracy in Africa and noted the distortions emanating from copying western models that did not fit African peculiarities.

The Senator who chaired the review of 1999 Nigerian constitution advocated a single-term presidency of five or six years for Nigeria and other African countries to deepen democracy and good governance. “A more modest proposal seeks not the abandonment of the presidential system per se but the re-designing of term limits for political chief executives”, said the lawmaker.

“This is in order to reduce the acrimonious conflict, divisiveness and instability arising from partisan or factional competition for executive offices in the federation.

“I support the proposals to transform the current tenure of two four-year terms into a single term of five or six years.

“Among other advertised benefits, single terms would avoid the distractions, manipulations and divisiveness of re-election campaigns while facilitating a more rapid circulation or rotation of power among the various groups”.

According to him, a single term of four years is also less costly as it will reduce the cost of conducting general elections every four years.

Ekweremadu urged Nigeria and other African countries to learn from the failures and successes of older democracies, particularly, the Latin American democracies.

He noted that many of the Latin Americans transited from autocratic regimes to democracies, discovering that the politics of succession, including incumbents’ penchant for self-perpetuation, was overheating the system.

As a solution, they adopted the single term presidency until such a time their respective democracies matured and stabilised, he said.

“It is for this reason that the Senate Committee on the Review of the 1999 Constitution, which I chair, felt, in 2014, that a single term would serve the ends of our current democracy.

“Unfortunately, the recommendation failed because ethnic suspicions and parochial interests prevented reasonable and good faith evaluation of our worthy proposal,” he said.

Ekweremadu also suggested a rotational presidency among the ethnic groups or geographical zones, saying it might prove reassuring to ethnic groups and promote loyalty to the nation.

According to him, rotational presidency will reassure every constituent part that power will come their way at a given interval.

“Therefore, it may well be time to re-visit the idea of rotational presidency that was first muted in Nigeria by late military Head of State Sani Abacha.”

He suggested a modification of the present presidential system to curtail presidential excesses, and importantly, create greater overlap and affinity between the executive and the legislative arms of government.

“To this end, a hybrid of both the presidential and parliamentary systems will go a long way in keeping the presidency in check, while also reaping the benefits inherent in presidential system.”

He advocated such modification as the introduction of `Question Time’ in the parliament to hold the ministers consistently accountable and the replacement of impeachment with a procedure for vote of no-confidence, among others.

He called for measures to check imperial presidency in Africa and the excesses of many leaders who are allegedly tyrannical and abusive as the military and civilian despots they criticized and replaced.

“We are building a media system that supports peace, dialogue, non-violence and democracy,” Ekwo said.

The Permanent Observer of Africa Union to the UN, Ambassador Antonio Tete, and Sudan’s ambassador to the UN, Omer Mohamed, said Africa should be allowed to adopt a version of democracy peculiar to the continent.

Both diplomats acknowledged that Africa had had its peculiar challenge and particularly expressed regret over the sectarian crises in many parts of the continent.

In a goodwill message, Dr. Osmond Ekwueme, a medical practitioner based in Wisconsin and member of CMPI board urged African countries to embrace rule of law as the only panacea to the continent’s socio-economic and political problems.