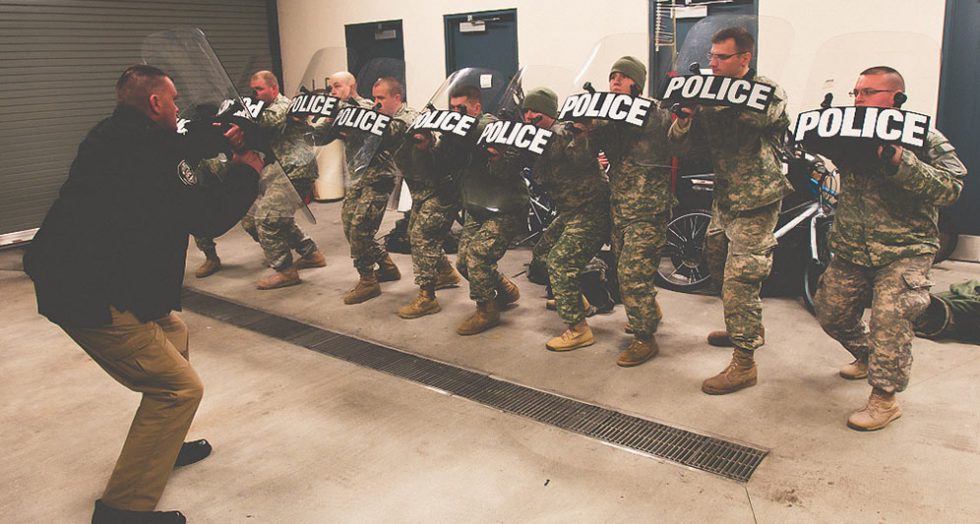 In the 2000 years since the Roman poet Juvenal first asked the question “who guards the guardians?” the debate over regulation and oversight of civilian law enforcement has yet to be resolved. This is the time to reform it. It is not out of the realm of possibility.

What an historical moment! A chance to create a new model of policing based on the citizens’ needs, not the officers’ needs. For too long, police have had way too much power over their job descriptions. Now maybe some people who have a different, more humanitarian priority can have a chance to actually work for the people.

Protests, ranging from peaceful demonstrations to destructive riots, have focused attention once again on this question with the unifying theme of calling for something to be done. Exactly what to do still remains nebulous with variety of suggestions.

Law enforcement culture in north-central Wisconsin should be a model. In this region, law enforcement is far different than in the large urban centers in the United States where many of the most serious incidents have occurred. The culture in Wisconsin is focused on de-escalating situations rather than inflaming them. It is a culture based on recognizing that there are human beings on both sides of the badge and, while law enforcement is a tough job, there are lines that must not be crossed. This level of understanding makes it easier for law enforcement to work with social workers and others to help resolve problems and seek solutions rather than focusing solely on imposing short-term order.

Any serious reform of policing should consider the law enforcement experience in Wisconsin. While it is debatable about the best course of action to take towards effective policing, it is clear that any reform needs to be based on a three-legged stool of training, transparency, and accountability.

While the comparison is not entirely apples to apples, the hours of training requirements for careers such as cosmetology far exceeds the minimum hours needed in many urban police departments. Requiring additional classroom instruction and supervised training in the field is a good first step to avoiding mistakes made in life and death situations.

As far as transparency, there needs to be greater openness in the decision-making process, especially within large law enforcement agencies. Policies must be public and clearly understood by all levels from the rookie patrol officers to the chief. At the same time, developing a better system of tracking officers with patterns of complaints needs to be a priority much as there are systems in place for teachers and nurses so that agencies don’t dump their problem employee on other areas.

There needs to be increased accountability when it comes to law enforcement officers who cross the line. While law enforcement officers should have some protection from frivolous lawsuits over how they do their job, the court-created doctrine of “qualified immunity” as it has been applied to the use of excessive and deadly force goes too far and should be eliminated. Yes, time to tone it down. When your organization commits murder in case after case and then runs behind this charter for defense, it’s time to remove it or seriously water it down. Unfortunately, efforts to improve accountability run into a brick wall of resistance from entrenched unions that seem more concerned with protecting bad apples than with improving the quality of law enforcement for everyone.

Law enforcement is a hard job and the vast majority of law enforcement officers deserve respect and thanks for their service. It is therefore desirable for the good officers to stand up and support reforms that increase standards, transparency, and accountability so that a few bad apples are not allowed to bring dishonor to their profession.

Pandemic or plague: Coronavirus is equalizer for Kenyans