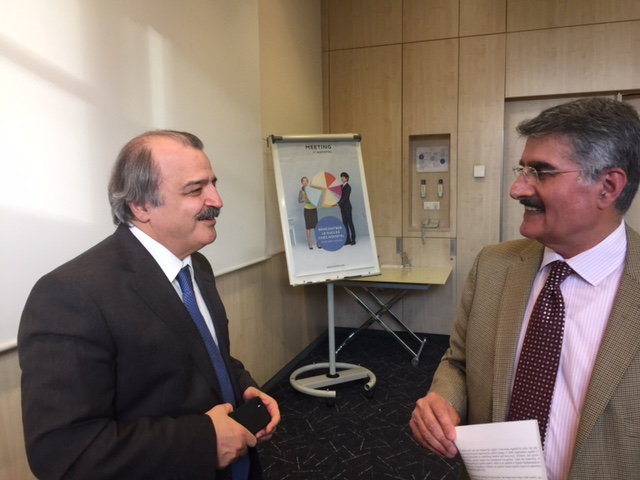 In a preview of the annual gathering of Iran’s opposition movement in Paris, France, starting June 29 to July 2nd, 2017, leaders of the movement told invited American journalists that events of the past 12 months appear promising towards their cause of bringing change in Tehran.

Chairman, Foreign Affairs Committee of National Council of Resistance of Iran (NCRI), Mohammad Mohaddessin took issues with the Obama White House which he said, “saved the Iranian regime” that was on the brink of collapse following intense international pressure.

Mohammad was hopeful that the Trump administration would be more favorable to the Iranian resistance movement than previous US governments notwithstanding the consistency of the US policy towards Iran.

Is there any change in American policy towards Iran given that the personnel dealing with Iran hasn’t changed under the Trump administration, queried an American journalist?

Mohammad noted that there was an appearance of determination by President Trump to deal a blow to Iran’s recalcitrant behavior within the international community. He cited Trump’s recent visit to Saudi Arabia in which 55 Islamic countries affirmed a commitment to isolate the Iranian regime to support the people of Iran instead.

Washington-based US Representative of National Council of Resistance of Iran, Ali Safavi outlined details of the three-day summit that will feature a litany of prominent diplomats, scholars, and political leaders across the world who share a similar desire for a truly democratic Iran that respects basic freedoms, human rights, and rule of law.

Former US Senator and former Democratic Party Vice Presidential candidate, Joseph Lieberman is among the prominent speakers at the summit to be broadcast live around the world.

Not taking chances, Safavi told his audience that the opposition has become more sophisticated to circumvent government censors who try to block access to the event to Iranian people.

Failed coup d’état in US