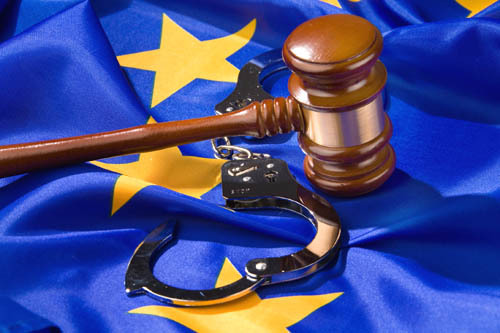 Anti-Brexit forces greeted the ruling from an advocate general at the European Court of Justice in Luxembourg warmly. Alarmists have expressed concern that a post-Brexit UK could be excluded from the European Arrest Warrant system (EAW). Such critics claim that without the EAW system Europe will not be able to work closely with its European allies on criminal cases from narcotics to counter-terrorism.

However, as Brexit approaches, it might well be time to reflect on the nature of an EU system through which the United Kingdom alone is involved in the extradition of 10,000 individuals a year.

Originally meant as an instrument of the justice system the EAW has become increasingly politicized. The various judicial systems within the European Union vary widely and serious concerns about the human rights of prisoners in the new members of the European Union.

The saga of Catalan politician Carlos Puigemont serves as one example of how the European Arrest Warrant has been used as a political tool. The climax of this political drama did not play out in Madrid or Barcelona. Instead, a pivotal role was played by German region of Schleswig-Holstein where a regional court ruled on July 12th that Puigemont could not be extradited to Spain to face the charge of “rebellion.”

Puigemont, after all, did not pick up a weapon against the Spanish state but, from the Spanish perspective, such a conviction would carry a 30-year sentence. The fact that a regional court could overturn a request from a member states’ highest court raises several further questions. The Puigemont case suggests that judicial standards vary greatly between member states for what could be the first nail in the coffin of the EAW.

Both concerns about the system intersect in a different high-profile case involving not a politician but, a playwright. Alexander Adamescu is a playwright and businessmen who sits in a British prison cell waiting to see if the British government will extradite him to Romania. Adamescu has not been convicted of any crime but, is as part of an ongoing investigation against his father’s business.

His father, Dan Adamescu, built one of Romania’s largest media empires before running afoul of the country’s socialist government who prosecuted him on corruption charges. Many in the country believe both cases are political – the Adamescu owned media outlet pursued an editorial line critical of Romania’s Social Democrat Party, which now rules the country.

Alexander Adamescu is now at the center of a similar inquiry and his fears of extradition are genuine: his father died while under circumstances which remain unclear while under house arrest. The Romanian penal system has long been criticized for failing to live up to humanitarian standards. British courts decided not to extradite two Romanian nationals to that country on human rights grounds last year given the poor conditions in many Romanian prisons.

These cases and others call into question the idea that judicial standards and the rule of law are a constant throughout Europe. In another case, Romania applied an EAW to deport a chicken thief from the United Kingdom guilty of stealing 10 chicken — hardly the sort of case the EAW was meant for. Ruffled feathers are easy to find in Romania these days as the capital Bucharest has seen large anti-corruption protests in recent months.

The issue goes beyond Eastern Europe of course. A rapper from the Spanish island of Mallorca fled to Belgium last year after a Spanish court found his lyrics insulted the Bourbon monarchy and were thus in violation of Spain’s les majeste laws. Most EU member states have no monarchs let alone a les majeste law. Individual cases aside European justice must be de-politicized. This week a Belgian court rejected the extradition request from Spain.

Brexit has so far been a messy affair but, unlike so many other issues surrounding Brexit, there is a ready alternative to the EAW system. Through the International Criminal Police Organization or INTERPOL the United Kingdom could continue to work with European states on criminal cases of an international nature.

Since its origins in 1923, INTERPOL members have worked together to cut down to exchange prisoners and cooperate on such matters. Article 3 of the INTERPOL constitutions specifically forbids its involvement in political cases. The EAW under most interpretations has no such exemption. In a Europe without the EAW system, there is no doubt that the continents spoken political rappers and playwrights would sleep safer. At the very least it is time for serious discussions regarding reform.

Joseph Hammond is a fellow of Center for Media & Peace Initiatives, New York