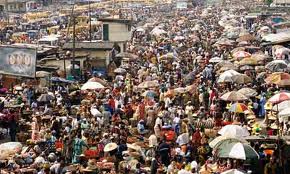 By Donald Kaberuka
As President Barack Obama’s State of the Union address focused on income inequality or opportunity for all, African countries are already familiar with living under a quagmire of deep chasm between the rich and poor. In this article, Donald Kaberuka, President of the African Development Bank highlights the contradictions in the continent.

“The poor cannot sleep, because they are hungry,” the Nigerian economist Sam Aluko famously said in 1999, “and the rich cannot sleep, because the poor are awake and hungry.” We are all affected by deep disparities of income and wealth, because the political and economic system on which our prosperity depends cannot continue enriching some while it impoverishes others.
During hard times, the poor lose faith in their leaders and the economic system; and when times are good, too few enjoy the benefits. The GINI coefficient, a measure of economic inequality, has been rising for many years in developing as well as developed countries, including the United States. In Europe, inequalities have intensified as a result of rapidly rising unemployment, especially among young people. Some have reacted by rioting; others have backed far-right xenophobic political parties; many more seethe quietly, growing ever more resentful of politicians and the system they represent.
The problem is starkest in the world’s megacities, which account for around 80% of global GDP. But even in the most developed cities, disparities can be marked. For example, as you travel on the London Underground just six miles (or 14 stops) east from the heart of government at Westminster to Canning Town, the life expectancy of the inhabitants at each successive stop falls by six months.
But inequality is most acute in emerging economies where urbanization has been fastest. By 2030, an estimated 2.7 billion more people will have migrated to cities, almost entirely in developing countries. Many will encounter hopelessness and exclusion there, rather than the good jobs and better life for which they came.
Megacities like Mumbai, Nairobi, and Kinshasa are essentially small cities surrounded by huge slums – pockets of wealth in a sea of despair. None resembles the likes of Tokyo, New York, or London, which, despite areas of deprivation, are notable for a more equitable distribution of wealth.
Such disparities are equally apparent at the national level, especially in some of Africa’s resource-rich countries. While demand for private jets is booming, 60% of the population lives on less than $1.25 a day. As the world overall grows richer, the benefits continue to flow overwhelmingly to a tiny elite.

As a result, efforts to promote more inclusive growth have become crucial, not only for moral reasons, but also to ensure the survival of the global economic system. This involves more than wealth distribution. It means bringing people – or representatives of specific ethnic, religious, or regional groups – into public-policy decision-making, in order to allay their sense of marginalization or perpetual failure. It means creating real jobs to draw workers away from the informal economy, so they can benefit from workplace protections (and pay taxes). And it means framing policies that are appropriate to conditions on the ground.
Every country will have its own specific priorities, and the range of possible policy measures is quite broad. It might include a social safety net, promotion of gender equality, support for farmers, improvement of access to financial services, or countless other initiatives.
But two overriding sets of policies appear to apply in almost all cases, according to a recent World Economic Forum debate on how best to spread the wealth. The first seeks to ensure that poor children have access to a reasonably good education as a means to reduce intergenerational poverty. The second set of policies, which are particularly relevant in resource-rich countries, aims at guaranteeing all citizens – and especially the poorest – a share of revenues from what are unquestionably national assets.
Such policies have been shown to work in places like Brazil, whose pioneering Bolsa Familia (or family allowance) policy provides cash transfers to poor families on the condition that their children attend school, eat properly, and fulfill other criteria to improve well-being. Mexico’s “Opportunity” program performs a similar function. Oil-rich Alaska pays dividends from its resource revenues to all of its citizens, a model that several developing countries are seeking to emulate.
Although economists continue to debate the advantages and disadvantages of such schemes, they are not particularly complicated to set up. The challenge lies in forging partnerships and agreeing goals. Governments, businesses, non-governmental organizations, and individual citizens, rich or poor, all have a role to play. If we ignore the dangers of wealth disparities for much longer, the consequences will be far more distressing than a few sleepless nights.

Donald Kaberuka is President of the African Development Bank.

Failed coup d’état in US