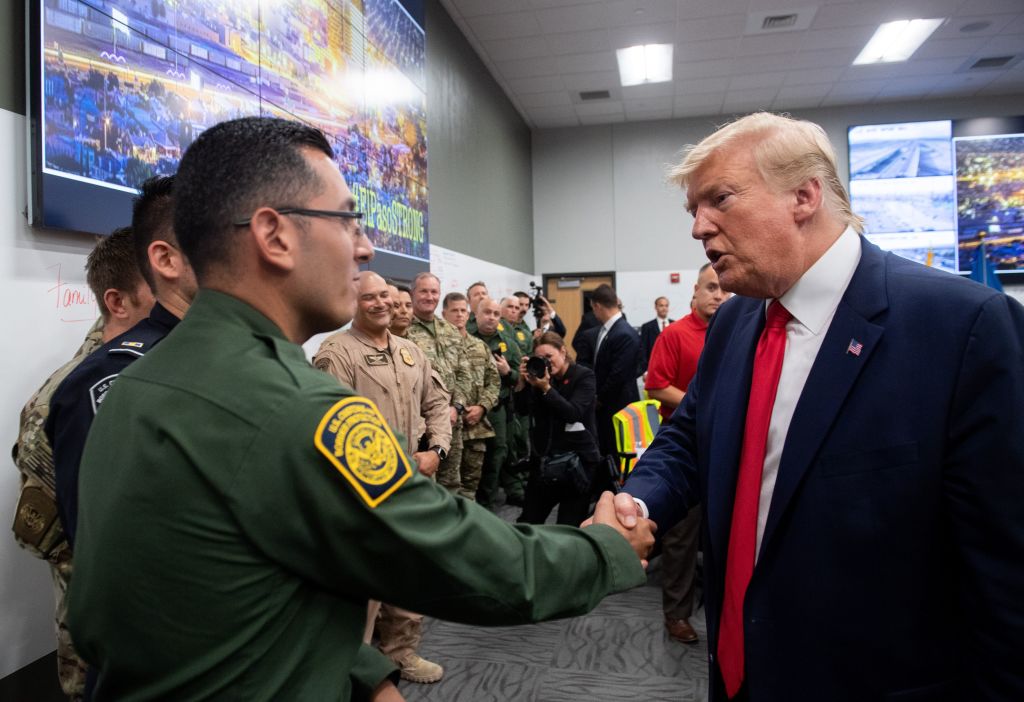 Two years ago, the world watched with horror a display of hate and white supremacy in Charlottesville. Until then, such gory display of Nazi-style evil would have been unthinkable in a modern and civilized society like the United States. With the 2016 presidential election however, these groups have become emboldened. From the time Donald Trump announced his candidacy for president of the United States, Donald Trump has embarked on a campaign of terror fueling hate and fear and empowering white power movements. Perhaps, in Trump, they see an ally, a hero and as the New Zealand Mosques shooter described him, “a symbol of renewed white identity and common purpose.”

President Donald Trump in responding to the Charlottesville rally that culminated in the death of Heather Heyer, a young woman protesting hate stated, “there were fine people on both sides.” Last year, another white supremacist after ranting on an online hate website, massacred eleven Jews at the Tree of life Synagogue in Pittsburgh, PA. While gun violence unfortunately has become a part of the United States culture, public display of hate has increasingly gained traction since 2016 culminating in the latest race-inspired massacres in El Paso, Texas. Just last year, the Anti-Defamation League reported a spike in hate crimes nearly 60% in 2017. How a society and one that upholds the equality and dignity of all peoples in its constitution and in accordance with international laws delves back into barbarism begs understanding.

The United States is invested in the promotion of civility in other countries especially in the global south but back home, it has become a breeding ground for racism and dehumanization of black and brown peoples.

The El-Paso shooter like others before him left a manifesto that decries multiculturalism as the problem in America-a typical white supremacist cliché. Absorbing Donald Trump from culpability, he states, “he has thought this way longer than Trump.” He did however state that he was gunning against the invasion of America by Hispanics. Sounds familiar? Since the shooting, the president has spoken in strong terms against racism but, does this really surprise anyone that a white supremacist who sees the United States as belonging to those of pure Aryan lineage will go on rampage murdering brown people? While those of Aryan origin and linage are not necessarily those of European descent, the white supremacy movement narrowly defines Aryan as only Caucasians and those of European descent excluding Jews. This movement holds the view that the white race is in demise and in risk of extinction due to miscegenation and multiculturalism. It does not help to know that violent rhetoric from the holder of the highest office of the land- President Donald Trump describing Mexicans as “rapists and immigrants as invaders” could be decoded by deranged individuals as calls to action. While we may blame the individual who goes out to unleash terror on those they see as “others,” let us carefully consider the hate rhetoric that President Donald Trump spews and see how this is not distinct from the Nazi regime. While the United States constitution safeguards the right to free speech, leaders especially those holding offices of influence are positioned to act in the best interest of their subjects as their actions or words could be decoded literally and could create a situation of unrest and hate pitting groups and cultures against one another. Has this president since his campaign and election acted to the best interests of all Americans?

Since the time President Trump announced his candidacy for the presidency, he has sought a campaign of hate slamming Muslims and Mexicans. His actions have emboldened white supremacy groups that hitherto operated underground. President Trump described Muslims as terrorists and people who hate America, and Mexico as sending their worsts to America. Following his father, Donald Trump, Jr; likened “Syrian refugees to a box of skittles that would kill us”. While President Trump may not physically be responsible for the actions of some deranged individuals, it is easy to see how a cumulative radicalization can occur. In the third Reich, Hitler’s words and commands were interpreted and zealously carried out by his subordinates like Adolf Eichmann, Reinhard Heydrich, and several others. Same way, radical Muslims and terrorists radicalized and incensed by the words of fundamentalist Imams through the internet go out as suicide bombers killing “infidels”. Because of the growth of terrorism and sleeper cells proliferating around the world, the US has been unable to eliminate terrorism despite investing several billions of dollars in the war against terrorism since September 11, 2001.

If we worry that young people around the world are radicalizing and joining ISIS and other terrorist groups because of the words of some fanatics on the internet, then we must look inwardly and call a Spade a Spade. Following the El Paso shooting, many have spoken out against hate mongering including former President Obama. Fox news anchor, Tucker Carlson however describes white supremacy as a hoax casting aspersions on anyone who calls out the president on his racist rhetoric, despite studies and warning by the FBI Director, Christopher Wray that white supremacy is a source of domestic terrorism. When the president speaks out against globalism and calls himself a nationalist, the Right is quick to argue that the president is not racist. History however tells a different story: the word is abhorrent and should not be used by the most powerful man in the world.

The president allegedly described African nations as “s… hole” countries, slamming Nigerians of not returning to their huts, claiming Haitians are HIV carriers and wondering while immigrants are not Norwegians among other racist rhetoric. Peace does not act in vacuum! American foreign policy of curtailing terrorism has not been effective despite working with several agencies and governments and spending hard resources, why one may wonder? Or is the United States by the actions of President Trump enhancing terrorism both domestic and international? White supremacists including the KKK wizard, David Duke, Michael Heimbach of defunct Traditionalist Workers Party see Donald Trump as an agent of white power. Throughout history, especially, in instances of violence, actions and words of leaders have been construed by their supporters as calls to action. This President is treading on a dangerous path. Describing immigrants in less human terms like “infestations” is a strategy used by dictators and Nazi regime to legitimize hate and elicit support for their cause. Words matter! Nazi regime in order to legitimize genocide described, “Jews as parasites, Gypsies and homosexuals as inferior people.” The words this President has used to describe migrants and Mexicans are not different. The actions of this president has the potential of not just inciting violence and terrorism locally but also creating unrest on the international scene. Words matter!

Views expressed in this articles are entirely that of the author

Christabel Unobe is a PhD student at the Division of Global Affairs, Rutgers University, Newark and a Research Fellow at the Rutgers Center for Emergent Threats in the 21st Century (ET21). Her research interests are broadly around the areas of Human Rights, Mass Atrocities, Religion, Forced Displacement, Gender and Transitional Justice.

The War in Nigeria

How to take country back