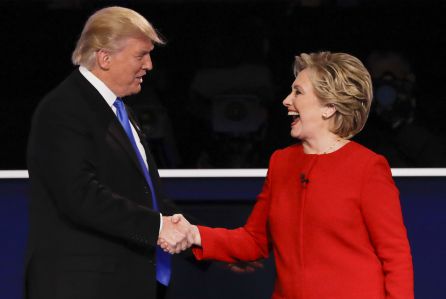 In the words of John Kenneth Galbraith, a leading proponent of 20th-century American liberalism “the modern conservative is engaged in one of man’s oldest exercises in moral philosophy; that is, the search for a superior moral justification for selfishness”.

Referencing a blisteringly accurate analysis by a friend…how hypocritical religious conservatives became at their recently held Christian Values Summit vowing to support Donald Trump, the candidate totally without values, without decency, without morals, without religion and who is the antitheses of everything they proselytize, easily they turn against God and their values when they see the color of money.

There is so much selective-memory and cognitive dissonance in the modern-day Christian Conservative; they no longer know what to believe. They are just squandering the reasoning abilities they possess. It somehow seems very odd to claim to be a Christian and to, on the other hand, extend forgiveness to a man who has shown no remorse, but on the other hand to blame a woman for the actions of her husband, and extend her no forgiveness. It looks very much like creating false idols.

I find the opinion that since Bill Clinton committed adultery, they cannot support his wife. But, all are forgiving and supportive of a man who has actually bragged about committing adultery while married AND committing adultery with other men’s wives. The inconsistency boggles the mind. If Hillary Clinton had left Bill Clinton over the affairs she would have been crucified, remember your vows, for better or worse. Christianity is not the issue here, its ignorance and selfishness. It also seems as if the Clintons are far more “Christian-like” since there was forgiveness, understanding and a commitment to adhere to the vows taken at the time of their marriage(sickness and health, good times and bad, etc).

A cross section of Value Voters Summit
I do think it is very important to remember that the Fundamentalists Christians, the right-wing, are very small slice of the evangelical Christians. Lutherans, Methodists, Episcopalians are considered to be Evangelicals (that is, they believe in sharing the Word), but you don’t see them puffing about. While those who are to the extreme right may be evangelicals, they do not make up the majority of the Evangelicals. The reason is pretty basic. The Fundamentalists, the loudest, tend to be the ones making all the noise, whilst the majority of Evangelicals rather quietly go about their day, worshiping God, volunteering, generously giving of their time and money to make the lives of others better.

While attendees were willing to give Trump’s faith the benefit of the doubt when it came to his religion, they applied a different standard to President Barack Obama, whom they said didn’t act like he was a Christian. Of course they don’t believe President Obama acts like a Christian. After all, he is still married to the same woman, and is totally in love with her. He has two beautiful, well mannered, smart children, he attends church regularly. It is possible he has never cheated on his wife, let alone two of them. He has never denigrated women in such filthy, vulgar ways or made fun of a disabled person or ever encouraged anyone to punch another in the face and he is not a braggart. He genuinely cares for the poor, the sick and the underdogs and attempts to enact policies and laws to help them.  Now, I ask you, who is more Christian like?

It is amazing how easily misled fundamentalists and zealots of any and all religions can be. To a fundamentalist Christian just say “I believe Jesus is my savior” and they will fall all over themselves to welcome you (as long as you are not an independent, a democrat or a Clinton). These are people who have been brainwashed into believing that the best teachings of Jesus are somehow unchristian: things like charity to people not your neighbors, loving your enemies, giving unto Caesar what is Caesar’s, forgiving the felon, etc, etc.

Thankfully, there is another version of Christianity around, one that actually seems to follow Jesus of Nazareth teachings a little more. The Jesus of the Christian Gospels never complained about Roman taxes being too high, or their big government bureaucracy. In fact, his only complaint about the Roman government was that they oppressed the poor and did too little to help people in poverty. There is no virtue of selfishness here, there is no “greed is good”. There is nothing about poor being lazy, nothing about the undeserving poor being leeches on society, nothing about how I pulled myself up by my own bootstraps so everyone else should, too. There is nothing about charity or welfare corrupting a person’s spirit. He talks of humility and making anonymous donations.

Now, gotta love the lack of cognitive dissonance among these extreme right-wing fundamentalists: Hillary Clinton works to get health care for millions of kids and civil rights for women around the world when she was in office and then starts a foundation that has provided hundreds of millions of dollars to improve the lives of poor people around the world….but someone who has done NOTHING to help anyone but himself is the more “Christian” of the two. A review of the social impact of Clinton Foundation compared with Trump Foundation reveal one thing: the former is altruistic and the latter is a classical case of selfish altruism. Mind boggling indeed!

Opinions expressed in this article are entirely those of the author