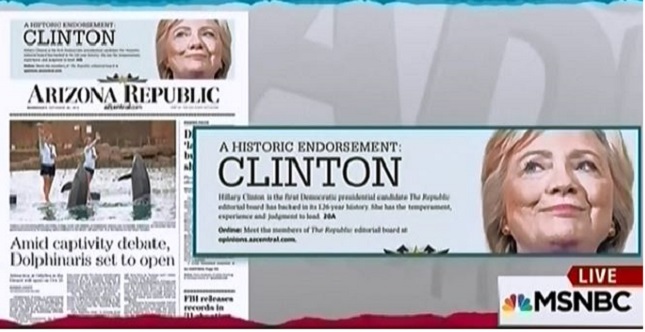 The notion that media and politics are inseparable is not new. It has lingered on even to this day. This reality explains why candidates at all level of politics invest millions of dollars in building massive political campaigns anchored on robust image management, hoping to gain a competitive edge in the use of the news media to influence voters’ decision. In American politics for instance, the influence of the media is considered very pervasive and persuasive that many news organizations view election cycles as bonanza and bazaar not only in terms of providing enough information to help voters make informed choices but also to maximize profit from corporations and campaigns. Leslie Roy Moonves, President, and Chief Executive Officer of CBS Corporation in an apparent reference to the unconventional Donald Trump presidential campaign called campaign for president a “circus” full of “bomb throwing”. But, the 66 year-old media chief was quick to acknowledge that although the current media coverage of the presidential election may not be good for America, “it’s damn good for CBS” because the “money’s rolling in and this is fun”.

Similarly, Campbell Brown, a former NBC and CNN anchor in a recent piece “Why I blame TV for Trump” noted that “my friends in the TV news business are in a state of despair about Donald Trump, even as their bosses in the board room are giddy over what he’s doing for their once sagging ratings”. The views of Moonves and Brown are emblematic of a news industry perpetually in ratings frenzy. Unfortunately, the ratings war gets into over drive during presidential elections; a time news organizations battle for high ratings and returns on investment.

But what very few have really considered is what the political environment; the campaigns would be without the active involvement of the news media – television, radio, newspapers, magazines and online news outfits.  In particular, what is the relevance of media endorsement of candidates during elections? How does candidates’ use or abuse of the media affect election outcomes?

Using the ongoing US presidential campaign as a guide, Democratic Candidate, Hillary Clinton has received the endorsements of more than 30 publications so far, including large and small newspapers and magazines; in the primaries, she received more than 80 endorsements while her Republican rival, Donald Trump received zero endorsements from major publications. Trump has however earned the endorsement of The National Enquirer, a tabloid owned by his friend, David Pecker and the New York Observer owned by Jared Kushner, Trump’s son-in-law. By contrast, Gary Johnson of the Libertarian Party has garnered 6 newspaper endorsements.

The irony of the newspaper endorsements in this election cycle is that Donald Trump with almost zero endorsement seems to generate more enthusiasm among voters and journalists in addition to helping news organizations to make more money. The first Republican primary TV debate hosted by Fox New Network attracted unprecedented 25 million viewers mostly because of Donald Trump just like the first TV debate with rival Hillary on September 26 that generated 84 million viewers- the largest number in US presidential debates. Compared with Hillary Clinton and other minor candidates, Trump has held more press conferences and kept political reporters and pundits busy and yet he trails behind the tally of media endorsements. Even with more media exposure, Trump complains most about maltreatment in the media and often accused the news media of being in the tank for Hillary Clinton. He once claimed to be responsible for the public distrust of the media thereby echoing long held notion among conservatives and Republicans that the media could not be trusted in advancing their ideological agenda. Still, in the midst of the media bashing, it is on record that Trump earned free media since he announced his candidacy for the president to the tune of nearly $4 billion. His masterful use of the media to advance his views is unquestionable, often utilizing his celebrity status to benefit his politics and business at the same time.

So, what is the explanation for more media endorsements of Hillary Clinton and almost zero for Trump? Does this suggest that the media prefer a Clinton victory in the polls? Or is the media missing something and not reflecting the true opinion or political preferences of the audience? In the age of social media and polarized political culture, how many voters would prefer the opinion of an editorial board to the views of their friends on Facebook?

Perhaps, no one can truly predict the impact of newspaper endorsements in this wild political season where Donald Trump’s dominant posture has upended conventional norms of politics as we knew them. Whereas newspaper endorsements may not be a sufficient measure of the pulse of voters, the historic nature of some endorsements this season is significant. For example, the Dallas Morning News, Cincinnati Enquirer, and Arizona Republic all made national headlines recently when the publications based in Republican strongholds abandoned Donald Trump to endorse Hillary Clinton, the Democratic nominee. In the case of Arizona Republic, this was the first time in a century of crossing party lines to endorse a Democrat. Does this endorsement mean that Clinton will win in Arizona in November polls? Not really!

Without clear evidence, some analysts blame the media for Donald Trump’s ascendancy to the pinnacle of political power. The media is accused of not scrutinizing him thoroughly during the primary season and let him off the hook as he vanquished more qualified and seasoned politicians – 17 contestants in all. The truth is that many media practitioners and indeed political operatives did not give him a chance and could not have imagined he will get to become the Republican nominee. He took everyone by surprise and now the media and others have risen to the challenge and are determined to stop him to avoid what may become an embarrassment to the free world. Several news organizations have unleashed the cream of their investigative reporters to uncover his sordid business operations including his phony Trump Foundation, Tax Evasion, and other behavioral liabilities. In the face of the renewed effort to scrutinize Trump, it is understandable why major news organizations would want to treat him as a pariah even if his personality attracts good business and higher ratings for them. Trump has become a stain and most news organizations keep a distance but his teeming supporters do not care. They remain loyal to him. What a paradox of choice!

It is also possible that newspapers whose readership is on the decline embark on endorsement of candidates to remain relevant in a society that seems not to pay attention to them anymore. For example, USA Today editorial board broke its 34 year-old policy of non-endorsement of political candidates in presidential elections and unendorsed Donald Trump.  While the newspaper did not endorse Hillary Clinton, it declared: “This year, the choice isn’t between two capable major party nominees who happen to have significant ideological differences. This year, one of the candidates — Republican nominee Donald Trump — is, by unanimous consensus of the Editorial Board, unfit for the presidency”.

In all, it remains uncertain if media endorsements will translate into better electoral fortune or not. A study in 1940 by Paul Lazarsfeld, Bernard Berelson, and Hazel Gaudet on voter behavior in relation to influence of the mass media suggests that sometimes person to person communication can be more effective than traditional media outlets such as newspapers, TV, radio etc. The so-called “limited effects model” of mass media: (the idea that ideas often flow from radio and print to local “opinion leaders” who in turn pass them on to those with more limited political knowledge) may still be relevant  today. Whether a “Trumpism model” will replace or replicate the seminal work of Lazarsfeld et al is yet to be seen. Like he has shattered accepted ethics in politics, it is possible that at the end of the current presidential race, Trump may have changed the relationship between political candidates and the media in relation to influencing voter behavior.

Unmasking the hypocrisy of Conservative Christianity