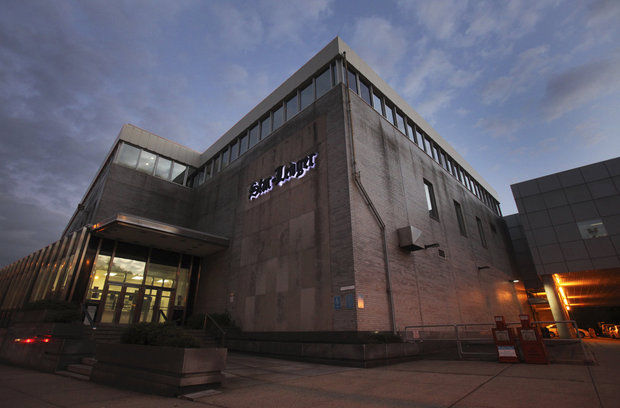 With 167 people, including 25 percent of the newsroom staff sent packing from New Jersey’s largest newspaper, the fate of journalism and journalists cannot be grimmer, raising the stakes for the future of journalism.
According to a report filed by Ted Sherman and Mark Mueller, the sweeping job loss was part of a plan announced last week in an effort to greatly reduce costs and combine resources by consolidating the operations of The Star-Ledger, along with its sister publications in New Jersey and its online partner, NJ.com, which also announced cutbacks.

The Star-Ledger, which has won three Pulitzer Prizes and several national awards, currently has 750 employees, of which approximately 500 are non-unionized. None of the cuts will affect unionized personnel, who are covered under existing labor contracts.

The cuts will mean the loss of 40 of the 156 reporters, editors, photographers and support staff in The Star-Ledger newsroom, which had already seen a parade of people leaving in recent weeks over concerns about the paper’s future and the continuing fiscal pressures affecting newspapers across the country. One of those leaving voluntarily had been slated to be cut.

The newsroom is not unionized.

Elsewhere at the Newark-based paper, where whole offices now stand vacant, attesting to tremendous loss of personnel through buyouts and earlier layoffs, 127 more are losing their jobs across all departments.

The cuts were not unexpected, with the announcement last week of the creation of a new media company—NJ Advance Media—which is to provide content, advertising and marketing services to all the newspapers owned by Advance Publications in New Jersey and Pennsylvania. Sales and marketing functions of the new company will launch in June, with content operations to begin in September, according to executives.

More job eliminations were announced at NJ.com, which serves as the online home of the New Jersey Advance Publications newspapers and had hired its own staff of reporters, some in beats already covered by The Star-Ledger.

Officials last week said by consolidating services and eliminating positions—including a combined newsroom staff in the new company—they expected to see significant savings at a time of great upheaval for the newspaper industry, which has struggled to remain profitable as advertising dollars migrated to the internet or evaporated outright in the recent recession.
Despite the consolidations, all four of the daily newspapers—The Star-Ledger, The Times of Trenton, The South Jersey Times and The Express-Times of Easton, Pa.—will continue to publish seven days a week, the executives said.
The Star-Ledger remains New Jersey’s largest daily newspaper, with a print circulation of 167,600 and 265,500 on Sunday, not including digital circulation, which boosts that to 285,200 daily and 369,700, based on audited numbers for the six-month period ending September 2013.

Industry analysts say newspapers across the country, hit hard by the digital age, have been experiencing a steady decline in readership and dramatic declines in ad revenues, with many large public newspaper companies reducing their work forces by 30 percent to 42 percent since 2006.
Other Advance-owned newspapers around the country, including the New Orleans Times-Picayune, the Cleveland Plain Dealer, and the Oregonian, have already experienced severe job losses, and in some cases reduced the frequency of publication or home delivery, as the company has pursued an aggressive “click-based” digital strategy, questioned by critics, aimed at driving traffic to its websites in hopes of generating revenues.

Company officials say The Star-Ledger was on track to lose $19 million this year. Advance Publications, owned by the Newhouse family, is privately held and does not publicly disclose earnings.

The Star-Ledger, which once had a job security pledge for its non-union employees, has already gone through a round of layoffs—eliminating 34 jobs, including 18 full-timers in the newsroom last year. The owners of the paper then threatened to shut it down without significant concessions from its production unions, which ultimately ratified new four-year contracts and agreed to buyout packages for at least 55 workers.

The paper has seen its news gathering staff drop significantly over the past five years, from a high of 350, through buyouts and attrition. In 2008, Advance Publications, citing millions in losses, threatened to sell the newspaper if it could not win union concessions and persuade a large number of non-union, full-time workers to take buyouts. Ultimately, 304 people agreed to buyouts, including 151 in the newsroom.

Even as the staff was reduced, though, the paper continued to win national prizes and was voted newspaper of the year by the New Jersey Press Association.

Those being let go will not necessarily leave immediately. In packets that were being handed out this morning, those being told their jobs were being eliminated were offered severance packages if they agreed to stay with the newspaper until NJ Advance Media, new media company being formed, is up and running.

Star-Ledger employees receiving offer letters of jobs with the new company in some cases were being given different positions or titles, some at lower pay. They will have a week to decide to accept the offer, the offer letters said.

Part of this report was originally published in Star Ledger Newspaper