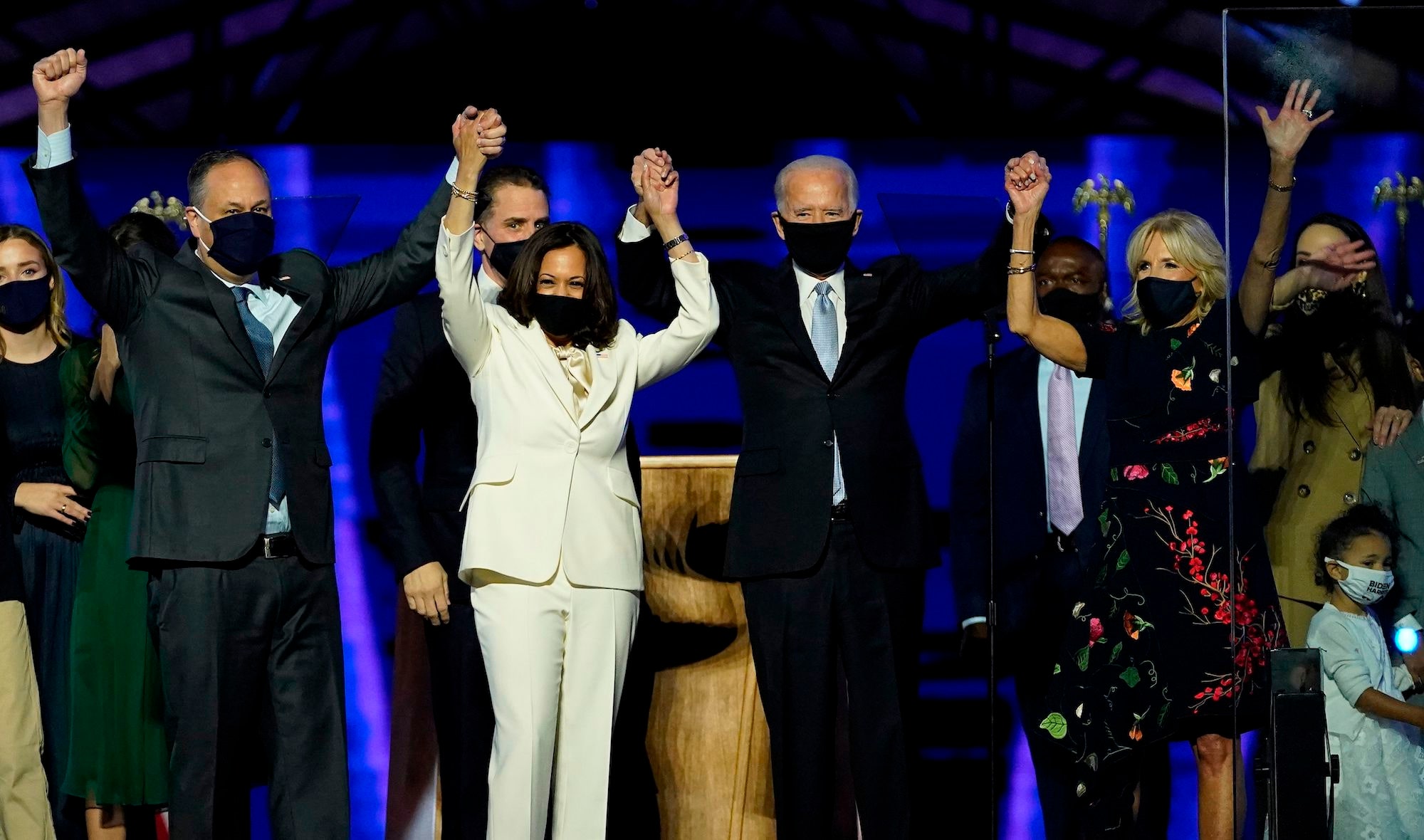 American people poured out into the streets in their millions across major cities on Saturday to greet the outcome of the historic 2020 presidential election. The same outpouring of excitement occurred in major world capitals in London, Paris, Abuja, and Berlin etc. In a tweet, the Mayor of Paris, Anne Hidalgo exclaimed: “Welcome back America!” apparently referencing the Paris climate accord that Trump pulled out of. Hidalgo called Biden’s victory “a beautiful symbol to act more than ever together against the climate emergency.” Lots of world leaders including Canadian Prime Minister Justin Trudeau, all of the other G7 leaders—U.K. Prime Minister Boris Johnson, German Chancellor Angela Merkel, French President Emmanuel Macron, Italian Prime Minister Giuseppe Conte and Japanese Prime Minister Yoshihide Suga as well as Israeli Prime Minister, Benjamin Netanyahu have all sent congratulatory messages to President-elect Joe Biden in the midst of President Trump’s refusal to concede defeat.

The global celebration of the defeat of an incumbent president of the United States is remarkable and speaks volumes of the global repudiation of populism and demagoguery that took an unexpected ascendancy in politics, power, and policy in the United States and some countries in the last five years.

The result of the election is a total victory for the people of the United States who demonstrated once more the power of the ballot as opposed to bullets as found in emerging democracies. To remove an aspiring dictator without firing a shot is a testament to the resilience of democratic institutions in the country that weathered the most challenging stress test in modern times. From labelling the news media as enemy of the people, demonizing political opponents, disparaging the national security agencies, making a mockery of the rule of law and the electoral process, ignoring science and facts, to embracing conspiracy theories, the outgoing administration tested the American people’s commitment to democratic principles.

So, it took the so-called “Sleepy Joe” to awaken nearly 78 million voters in the United States to reclaim the country as the bastion of democratic ethos in the world. With the most diverse coalition of voters in US history – black, white, Latino, gender, young, and old – President- elect, Joe Biden climbed the steps of history having served as Vice President to the first African American President Barack Obama and moving into the White House with the first female Vice President of black heritage – Vice-President-elect, Kamala Harris. The future is very hopeful and not fearful as demonstrated by 66% of first-time voters who supported Joe Biden. The impact of black voters in election was such that one commentator noted that “black people have risen from picking cottons to selecting a president!”

This is really a huge deal given the unbridled bigotry, demagoguery, sexism, and period of reckoning on race relations that characterized the past five years. The emerging Biden-Harris administration will herald the true color and character of the people of the United States – welcoming to all who yearn for freedom, hard work, justice, and empathy regardless of national origin, creed, gender, sexual orientation, and social status.

As promising as the future of the United States appears for the moment, it will be simply naïve to ignore about 72 million Americans who favor the status quo of nativism, populism, anti-media, and anti-establishment rhetoric of the out-going administration. This means that almost half the electorate will resist change that more Americans favored in the verdict rendered on Saturday as the election results were called for Joe Biden. In his first address to the nation, President-elect Biden acknowledged the potency of the slice of the electorate that voted against him.

“And to those who voted for President Trump, I understand your disappointment tonight. I’ve lost a couple of elections myself. But now, let’s give each other a chance. It’s time to put away the harsh rhetoric. To lower the temperature. To see each other again. To listen to each other again. To make progress, we must stop treating our opponents as our enemy. We are not enemies. We are Americans.”

Truly, it will take all Americans to reclaim the country’s leadership in the world that has suffered severe opprobrium in the last five years with traditional allies wondering what the future holds. Not matter what anyone thinks, the American Empire lives on with profound military and economic prowess. It is not for nothing that the occupant of the White House is regarded as the leader of the free world. Therefore, the world looks up to President-elect to repair damaged alliances and restore the international order that recognizes and respects multi-lateral institutions, diplomacy, credible peace advocacy, international-based rule of law, and support for marginalized peoples around the world. America remains the beacon for the globe. And as Biden rightly stated, the country should “lead not by the example of our power, but by the power of our example.”

In the final analysis, the outgoing administration may have achieved one significant thing: the historic increase in democratic participation in the United States. In the 2016 presidential election, about 127 million Americans cast their votes compared to about 150 million voters in 2020 election cycle – an increase of 20 million. The record number of the electorate could be interpreted in different ways by a deeply divided populace. But, one thing is clear: Americans chose democracy over drama; decency over demagoguery; calm over chaos; and healing over hate. Congratulations America!