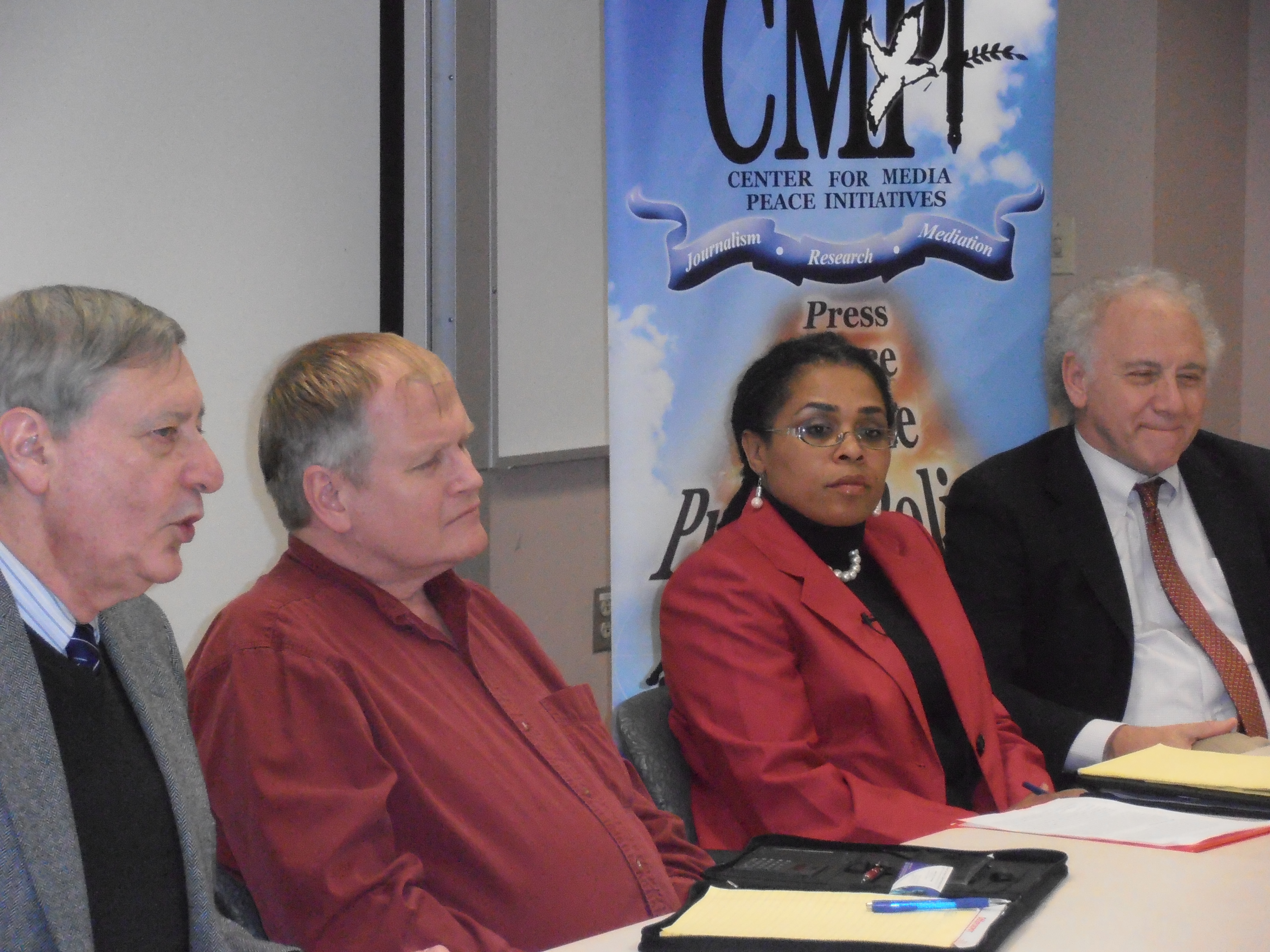 Information flow in a democracy is of immense importance to both government and the media, says Dr. Daniel Metcalfe, Executive Director, Collaboration on Government Secrecy and founding director, United States Department of Justice Office of Information and Privacy.
Whereas governments desire to control information to the public, journalists seek to uncover government secrecy.
Dr. Metcalfe, the keynote speaker at the 2nd annual Media and Democratic Governance conference jointly sponsored by Center for Media & Peace Initiatives and Rutgers University’s School of Public Affairs and Administration argued that access to information had some potential landmines for journalists, citizens, and public functionaries.
The theme of the conference attended by media professionals, students, civil society activists, and policy makers was “The Right to Know in the Digital Age”.


While it is an offense for federal employees to engage in wrongful disclosure of information with national security implications, Dr. Metcalfe noted that the so called Reporters’ Privilege was fraught with challenges imposed by the Privacy Act. Reporters Privilege is good public policy if the court acknowledged it as one. For example, news organizations had incurred some financial burden to compensate for leakage of information and protection of privacy.
Citing different sources and case studies, Dr. Metcalfe maintained that the law required that journalists or anyone for that matter who participated in the leakage of classified information be punished. The implication of the Privacy Act is that journalists had a conflict of interest in scooping sensitive information for publication.

Earlier, Dr. Marc Holzer, Dean, School of Public Affairs and Administration, Rutgers University spoke of the importance of a free and independent media in a democratic society saying that “without a free media, we won’t have good governance because no one will be shining a spotlight on corruption”.
He emphasized the need to suppress or minimize corruption is society and argued that the “lower the level of corruption; the higher the level of performance of government. To achieve this, Dean Holzer noted the invaluable role of both citizens and the media supporting good governance.
Dr. Holzer announced that Rutgers University had established an institute on anti-corruption studies with a website that is open to the public. The school evaluates government websites around the world to check for citizen participation and openness. So far, South Korea has maintained a lead among countries with open government.
In his opening statement, Dr. Uchenna Ekwo, the President of Center for Media & Peace Initiatives noted that “with increased globalization and influence of information and communication technologies, it is clear that a free society was in sight” when the interaction between citizens and government is characterized by full knowledge of government actions.
Dr. Ekwo extolled the partnership between CMPI and Rutgers University which was designed to develop initiatives that would improve the participation of citizens in governance around the world through training of journalists and civil society in Diaspora in the anticipation that they can orchestrate change in mostly undemocratic countries.
Of the 193 countries in the world, said Dr. Ekwo, 90 have implemented some form of freedom of information legislation. In Africa, only 9 out of the 54 countries in the continent have freedom of information laws.
He was of the view that the implementation of freedom of information laws around the world remained a challenge to citizens and media professionals, and hence the rationale behind convening the conference to explore the prospects of improved access to public records.
Dr. Michael Gershowitz, Rutgers SPAA faculty and Conference Chair told conference participants that the annual conference was part of a plan to introduce a certificate program on media and good governance.
He explained that both CMPI and Rutgers had designed plans for a weeklong face-to-face institute and a semester-long online certificate program for international journalists.
Dr. Gershowitz expressed appreciation to conference participants and speakers for their interest in contributing to expanding knowledge in the area of accessing public information, stressing that all societies need adequate information to flourish.
“If citizens of the United States should crave for more openness and transparency in public administration, one can only imagine the state of secrecy and desire for openness in undemocratic societies around the world”, Professor Gershowitz concluded.