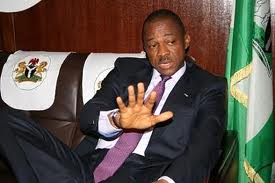 By Vitus Ozoke
In this 21st Century human community, even the Vatican, as conservative as it has traditionally and normatively been, has come to grips with the reality that unwarranted secrecy is neither godly nor heavenly any longer. Pope Benedict XVI recently set up personal accounts on both Face book and Twitter. So much for the old myth of the Pope “anya afu” (Igbo language expression for the invisible Pope). That’s the reality of our today’s world. That’s the brutal reality of the open, free, and increasingly laissez-faire, deregulated world system that we operate today. Official secrecy is becoming more and more frowned upon by an increasingly wary and distrustful citizenry who treat governmental secrecy as indicative of some sleazy monkey business. Citizens, for good reason, feel shut out, disempowered, and disenfranchised in their own government when something as innocuous as the movements and boarding of their elected leaders become matters for blatant lies, ostentatious deceits, and cult secrecy perpetrated by a cryptic gang of sophomoric political upstarts.

To think that this is happening at a time when civilized, and even not-so-civilized, states are enacting Freedom of Information and Sunshine laws, so that citizens are able to access official information without being subjected to torturous ordeals, is disconcerting. The Australian born Julian Assange of the Wikileak fame shot to international celebrity status, imposing a normative dilemma on democracies, by dumping massive tons of hitherto official secrets on the public domain. That’s our world today. From Hilary Clinton’s recent concussion and cranial blood clot that was all over the news across the world, to Hugo Chavez’s cancer treatment in Cuba, which is not only public knowledge, but has also occasioned a humane Venezuelan court to allow a deferment of constitutionally scheduled swearing-in — to accommodate their ailing leader — the pattern in civilized climes is for citizens to be kept synchronously apprised of their leaders’ health profiles.

Oddly, for many, the eerie secrecy regarding the whereabouts of Sullivan Chime, the governor of Enugu, a south eastern state of Nigeria is a functional synonym for his death. There can be no alternative explanation. For those many, one of the evolving values of our 21st Century world system is the inalienable entitlement of a citizenry to active knowledge of the whereabouts of its leaders. This active knowledge is acquired and sustained by not just what is read in print media, which so often can be, and is, so effortlessly distorted, but also by its sight and sound components. So, beyond second-hand accounts about their leaders, 21st Century citizens are entitled to hear and also see their leaders in one or more media platforms – television, YouTube, Face book, cell phones, iPods and myriad other Multimedia sources. These are basic entitlements, not luxuries, but those that denizens of Enugu state have been denied with mind-boggling criminal level audacity.

Yet, in Enugu, the whereabouts of Governor Chime has remained shrouded in mind-boggling armature secrecy, sustained by the most brazen and idiotic explanations ever concocted since the advent of modern representative government. First there was a total denial that the governor was sick. Government official information vendors lied barefacedly that the governor was hale and hearty — just enjoying hard earned “cumulatively accumulated” vacation. As unconstitutionally stupid as that theory is, and sounds, a forgiving populace was willing to let that bunkum slide so long as their governor returned, hopefully rejuvenated to continue his good work.

But it would take the extreme gossip mongering of a faceless necro-blogger to get Lion Building (name for the seat of Enugu Government) operatives to implicitly concede that the governor was not just taking a break in the gym and a walk in the park. And if you thought that these punks would have come to the realization that the game was up, that it was time to cease digging, you thought wrong. No sooner had healing prayer warriors, including Fr. Ejike Mbaka, moved into prayer intervention for the governor than these fact deniers returned with their usual load of humbug.

I have read some operatives of Lion Building attack supposed traducers of the governor as “merchants of death”. I’m not sure that is a fair and appropriate characterization. Merchants of death is an epithet that emerged in the U.S. in the 1930s as an attack on military industrial complex and banks that provided supplies and funding for the First World War. It was an antiwar expression. From everything I’ve heard and read, nobody wishes death on the governor; what I’ve noted, though, is the emergence of a battery of “deathers”. But far from providing ammunition for the killing of the governor, as would merchants of death, these “deathers” have assembled a set of evidence that has led them to a presumption of death.

Lawyers may argue that Chime’s circumstances do not meet such presumption as it has not been seven years since he was last heard of. This is because according to Section 144(1) of the Evidence Act, “a person shown not to have been heard of for seven years by those, if any, who, if he had been alive, would naturally have heard of him, is presumed to be dead unless the circumstances of the case are such as to account for his not being heard of without assuming his death; but there is no presumption as to the time when he died, and the burden of proving his death at any particular time is upon the person who asserts it.”

Without engaging in the merit and morality of such surreal presumption, I propose to look at only a tiny phrase in that provision: “those, if any, who, if he had been alive, would naturally have heard of him…” This group would include, naturally, Chime’s wife, children, siblings, and close families. Of course, Chime’s aides and other governmental agents belong here, except that their credibility is already suspect.

What do Governor Chime’s wife and other kith and kin know about the governor’s situation? How much of the seeming cover-up is being perpetrated with their active connivance and complicity? What do they see as the endgame in this bizarre debacle? Are there elders at home? What sort of legacy are they building for their son? Are they prepared to allow this ongoing game of deceit to delete what has otherwise been a stellar public service career? Where do they draw the line, and when do they draw that line? Even if Chime is alive, as I pray he is, has it not come time for his close family to spare him further ordeal by taking him off government business, and letting him concentrate on getting well? I say getting well because any idiot who continues to push the argument that Governor Chime is hale and hearty, but has decidedly kept away from his duty post for four months and counting, is a bumbling buffoon.

My concern here is two-pronged. One, the weight and distraction of government may be militating against Chime’s recovery. Is it not possible that if President Yar’Adua had freed himself from the headache of governing from his Riyadh hospital bed he would have been alive today? Two, if, God forbid, Chime dies in the midst of this entire drama, his legacy would be one of a power obsessed maniac who would cling to the frills of power even when his health required that he unclasped his grip. For all his reform records, the dominant legacy President Umaru Yar’Adua may have left in the consciousness of the average Nigerian is the deceitful manner of his death. Is this the legacy that elders of Udi town want for their son? Is this how Clara Chime wants her husband remembered? When will Chime’s relatives reach higher and do what is best for their son? When will they break ranks with the horde of self-serving operatives in the Lion Building who care less about Chime and his legacy than they care about their own political and economic survival?

Is there a single adult at home, or is this pregnant goat going to suffer the laborious pain of parturition tethered? Where are the royal fathers across Enugu state? When will they do the royal thing by counting their teeth with their tongue, rather than speaking with their tongues in their cheeks? Has Governor Chime not done enough for these folks to deserve the protection of his earned legacy? It will be a shame for this governor to go down like this. This has been the most hardworking governor of our time; yet, the most badly served and aided governor, especially in his hour of need. For all those whose continued political and economic survival feeds off the destruction of Chime’s legacy, I advise you to rethink. This guy deserves better from you.

True, to every man is appointed a time to die; it is the ultimate inevitability. But Chime cannot die now. He has served Enugu state too well to be a victim of a messy death. He deserves a legacy that matches his contribution to his society. Death at this time robs him of it. This is why Chime must not die now.