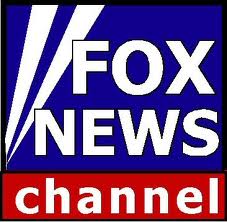 Viewers of Fox News and MSNBC must have noticed a strong bias towards conservative and progressive values respectively. From the acerbic tongue of Fox News’ Sean Hannity to MSNBC’s impassioned Chris Matthews, the two networks are continuously driving their audience to the ideological cliff.  No time was this more manifest than during the 2012 presidential campaign season. Both channels became even more extreme in their coverage of President Barack Obama and Mitt Romney during the final days of the 2012 campaign, according to a new study conducted by Pew Research Center’s Project for Excellence in Journalism.

Meanwhile, MSNBC’s positive coverage of Obama grew from 33 percent to 51 percent during that last week and Fox News’s favorable Romney coverage increased from 34 percent of segments to 42 percent.

Overall, the study found that Obama enjoyed a major surge in positive coverage during the last week of his campaign, with positive stories outnumbering negative ones by 10 points, or 29 percent to 19 percent. Romney’s final week with the press was marked by more negative stories than positive, 33 percent to 16 percent.

The study analyzed 660 stories from 49 outlets from Oct. 22 through Nov.5. For more, read the full study here.

Former Democratic Presidential aspirant, Senator John Edwards once spoke of two Americas: poor and rich Americans but Fox and MSNBC now doubt reflect a deeply divided America: Red and Blue; conservative and liberal; Democratic and Republican; pro-Obama and anti-Obama; pro immigration and anti immigration, and so on and on.

The performance of Fox News and MSNBC in sowing the seeds of discord among the American population is axiomatic of the larger challenge facing journalism. Typical of an industry conflicted in itself, how can a profession balance the task of uniting the people and at the same time holding public officials accountable to the people?

For one moment, imagine if there was no Fox News that is critical of the current administration? Certainly, Obama’s presidency would have probably over-reached itself. The consequence of course  would have been a terrible reaction from the electorate that would have fired the president. So, in a sense, Fox News contributed to the re-election of President Obama by keeping him on his toes, forcing him to go beyond his comfort zone. It is one of those unintended consequences of communication and information sharing.

On the other hand, if there was no MSNBC, the entire population would have been made to believe that Obama is evil, impostor, socialist, and foreign born president. MSNBC defended the Obama administration forcefully to the point that some of the anchors notably Chris Matthews and Ed Shultz demonstrate unbridled passion and partisanship. The display of emotion is palpable to the extent that one wonders if they are in the payroll of Obama for America organization.

Following the results of the recent election, it appears MSNBC prevailed because the candidates they backed won while FOX News lost the battle along with their favorable candidates. The Karl Rove episode with Fox News anchors on the election night when the network called Ohio for Obama exemplified the epic loss of Fox News.

Moving forward, the American idea is more than a contest between two television networks. It is my hope that post 2012 election, both Fox News and MSNBC should focus on the larger picture – excellence in journalism and robust American democracy.