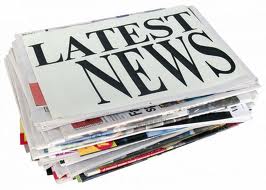 A new study conducted by Fairness and Accuracy in Reporting (FAIR) found that, though more and more people are falling into poverty, the issue has barely registered in some of the top media outlets in America.

Media watchdog FAIR examined the main three evening newscasts, as well as the “PBS Newshour,” NPR’s “All Things Considered,” the New York Times, Washington Post and Newsweek, to see how much coverage they devoted to the issue between January and June of 2012. It avoided counting stories that mentioned poverty during a discussion of the political horse race, meaning that the acres of coverage that trailed Mitt Romney’s gaffe about not being “concerned about the very poor” couldn’t be added to the toll.

The study was released a day after the Census Bureau’s latest figures showed that the number of people in poverty in America remains, to quote the Associated Press, “the highest in the more than half a century that records have been kept.”

The results of the study were not good:

Discussions of poverty in campaign coverage were so rare that PBS NewsHour had the highest percentage of its campaign stories addressing poverty—with a single story, 0.8 percent of its total. ABC World News, NBC Nightly News, NPR’s All Things Considered, and Newsweek ran no campaign stories substantively discussing poverty.

The findings of the study are not very surprising — after all, the media receives persistent criticism for its coverage of poverty. And a press so focused on what political candidates say can avoid ever thinking about the issue, since the candidates almost never address it.