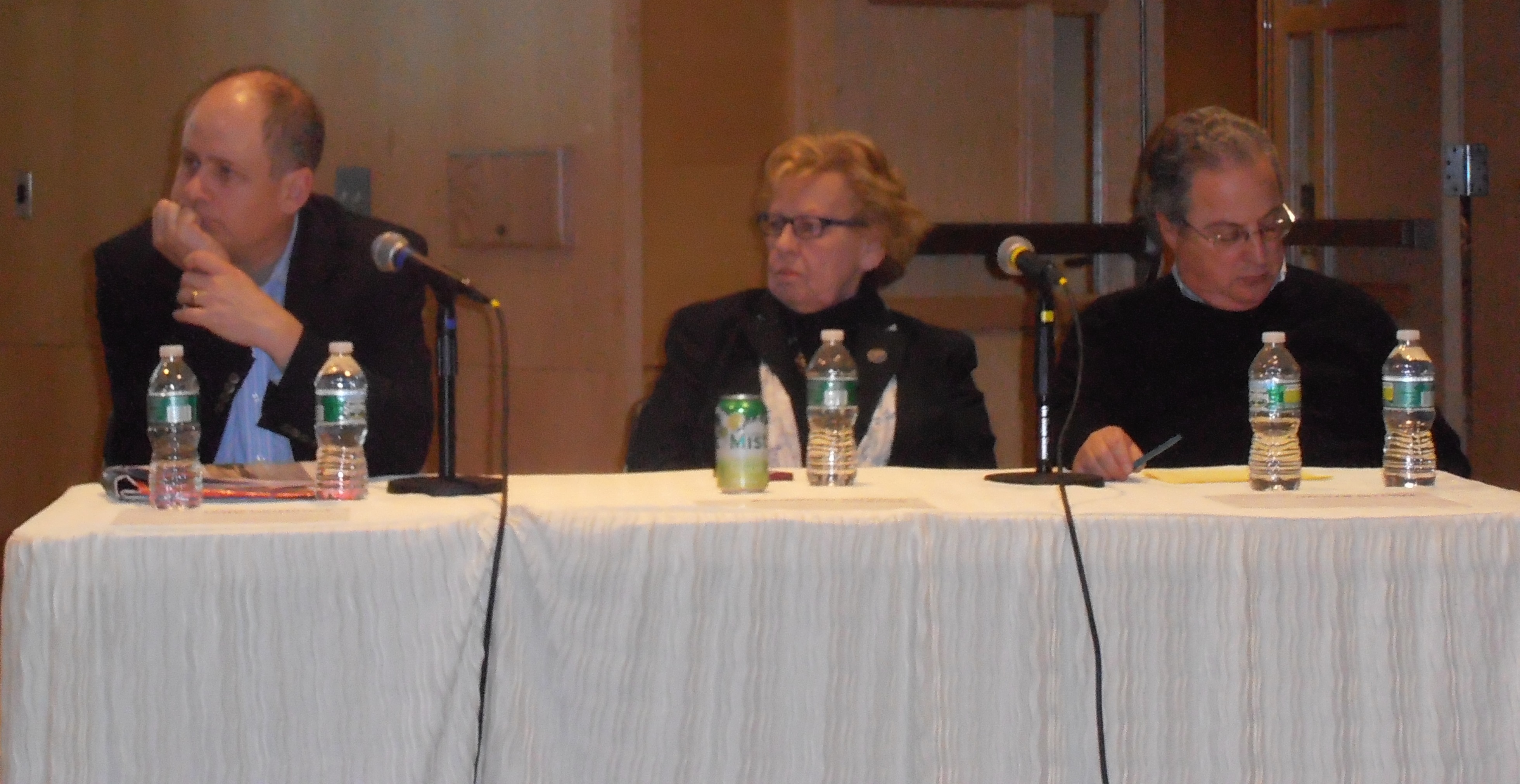 By Uchenna Ekwo
Before the proliferation of social media and mobile phones, the controversy regarding the definition of who is a journalist remains unsettled. With the ability of almost everyone to gather, package, and disseminate information, the traditional journalism has lost its swagger and gate keeping role. Is journalism a profession or craft? Many practitioners, for reasons ranging from ego to social recognition want to believe they belong to a profession.

But with no criteria for entry, is journalism really a profession? In the wake of renewed attempt at putting in place a federal shield law and demands for special qualification for entry into journalism in other parts of the world top journalists, scholars, and lawmakers gathered at Montclair State Public Library, New Jersey to examine the state of journalism practice in the 21st century.

The theme of the conference: Who is a Journalist co-sponsored by New Jersey Society of Professional Journalists, The Deadline Club, The Newspaper Guild of NY, The Citizens Campaign, and Center for Media Peace Initiatives, New York featured panel presentations by reputable journalists and scholars including Jonathan Alter, a renowned television news analyst, Merrill Brown, Director of Montclair State University’s School of Communication and Media, and Dr.Uchenna Ekwo, President of Center for Media & Peace Initiatives, New York.

In the well attended event, participants, panelists, and presenters shared perspectives on the growing discontent among news consumers about journalism practice that ignore their concerns and aspirations.

The highlight of the event was the intellectual exchange between Jonathan Alter and Dr. Uchenna Ekwo on the desirability or otherwise of setting a qualification for entry into journalism and distinguishing traditional journalism from political punditry.

Whereas Dr. Ekwo, a former Chairman of Nigeria Union of Journalists explained that journalists in Nigeria during the 1990’s made it mandatory for practicing journalists to have a minimum educational qualification of diploma in journalism, Mr. Alter argued that there should be no barrier to anyone who wishes to express him or herself.

Mr. Alter maintained that erecting barriers to entrance into journalism amounted to licensing which undemocratic regimes could use to stifle media freedom.


In fact, Mr. Alter’s argument is validated by the First Amendment which says in part that “Congress shall make no law….abridging the freedom of speech or of the press; or the right of the people peaceably to assemble…”

Dr. Ekwo pointed out that the rationale for introducing minimum educational qualification for the practice of journalism in Nigeria as enshrined in the Code of Ethics for Nigerian journalists as approved by Nigeria Press organization was meant to regulate the standard of the profession and flush out charlatans.


Mr. Brown of Montclair chimed in when the discussion shifted to highlight the different interpretation of journalism in United States and other parts of the world.
He pointed out that while American journalists might celebrate the absence of barriers to entry into the profession, the emerging federal shield law legislation has some elements in it that imposes control as to who is a journalist or what a journalist should do or how a journalist should act to be protected by law in certain situations.

The conversation led to Dr. Ekwo’s question to the panel: Is definition of who’s a journalist time and culture specific?

In other words, the changing landscape of the media orchestrated by the Internet in recent years and different constitutional and statutory requirements in different countries make it impossible to have a consensus as to who is a journalist in the 21st century.

Forum convener and membership Director of Society for Professional Journalists, Bob Schapiro spoke of the new challenges facing journalism in the digital age.

According to him, the forum was designed to explore the changing dynamics of journalism in the midst of citizen journalism, fierce competition for a fragmented audience, and polarized political environment.