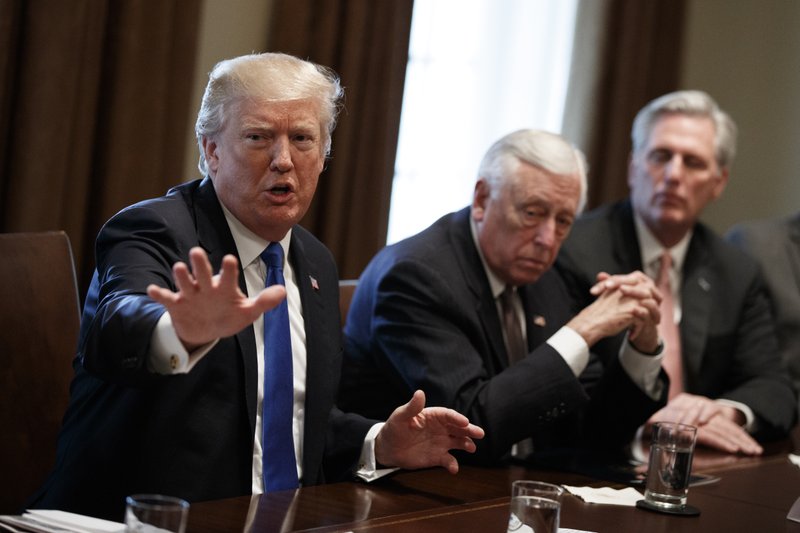 The dust stirred by President Donald Trump regarding his alleged disparaging comments about immigrants from Africa and Haiti is yet to settle down.

“Trump and end of racism” is an incisive perspective of a unique time in history from someone uniquely positioned to provide it. America is going through an “I can’t believe this is happening” phase. “Shithole” regions….it is about the worst insult one could deliver to most inhabitants of these regions. “Misrepresentation” is code for “That’s what I said, but it isn’t what I wanted you to hear”.

However, it was said, Dr. Uchenna Ekwo has just succinctly explained it all, in his piece “Trump and end of racism”? A few words may suffice to tell the little that remains… shame, disgust, and anger have followed every single day of that discussion. Glad to know that most Americans believe that they are better than this and that a nation built by immigrants can turn the page on this sordid chapter.

America used to be an open nation that held out a hand, not a fist. Blessed by all races and religions, openly choosing to raise their families here rather than their native homeland. Merging diverse points of view was how America grew stronger. A progressive people who had great affection for the past and genuine hope for the future. A man’s word was his bond. Does what made America the country it is today fall by the wayside due to the racism of few people? Sure, it does, if we allow it. The price of ignorance is more than this country can afford.

Even with the decline in the moral state of this country, people all over the world see this as the land of opportunity and free speech. Indeed, from outside USA people watch, mouths agape, as a country born of enlightenment over 200 years ago gets ripped apart in the center ring, wondering how could this happen to such aspirational and decent country.

In my daily life, I mostly meet good, friendly people, and many do not despise other cultures. It’s just a shame that some live by resentments and can be conned easily. Upsetting false enemies for emotional catharsis and slitting their own economic throats, how wise is that? As the saying goes (resentment or holding a grudge) is a poison you drink, hoping the other person will die.

The sheer audacity of this historical lie, the depth of the deceit, is galling and yet fabulists and folklorists have so thoroughly and consistently assaulted the actual truth. It was an embarrassing and unpersuasive argument, but it’s not surprising. This great column reminds us that America means much more than the racial animus so prevalent in some quarters today. The wonderful column that beautifully expresses the idea of what is going on here.

Simply put, people who have the gumption, intelligence, and bravery to escape desperate circumstances, come to a completely alien nation, and thrive, are exactly who America wants as immigrants. However, some came not of their free will, but as victims of genocidal slavery or were native to this land. Their survivors were cruelly selected because they too, were strong enough, brave enough, and intelligent enough to slip through the jaws of oppression and murder. This is America’s strength. People who came from shitholes who were destined to prosper along with their new nation. Let’s not squander our greatest strength,

Revisiting the Scandal at ICC