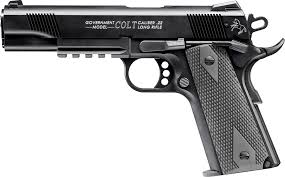 Omar Mateen, the 29 year-old American who last Sunday opened fire on fellow citizens at a gay night club in Orlando, Florida has once more thrown the entire country into another round of debate about gun control and gun safety in a presidential election year. Omar, born in Queens New York by Afghan immigrants last week Sunday inflicted the United States with its deadliest mass shooting on record with the death of 50 people and 53 severely injured. His dastardly act sent maximum shock, horror, anger, and disbelief to a nation torn apart by its real allegiance to guns and stalemate over its immigration policies. The horrific incident further exposes the contradictions inherent in a country with unbelievable receptive heart towards immigrants even if haunted by bigotry, racism, and divisive politics.

Omar’s bigoted slaughter of innocent citizens having fun at Pulse night club follows a pattern of killings that have become too frequent. Already the country has lost 166 people to sporadic mass shootings this year. Last year the figure was 372. In 2012, a gunman killed 27 people — including 20 children — at Sandy Hook Elementary School in Newtown, Connecticut. It is estimated that 33,000 Americans are killed every year from gun violence, leaving the vast population including politicians to bear the consequences.

These statistics are unsettling if not damn chilling but also confirms that mass shootings are a largely American phenomenon. The reactions towards the recent Orlando massacre are similar with spontaneous reactions that followed previous mass shooting incidents. In a divided country, most people in the left are calling for gun control legislation. Fearful Americans call on Congress to ban military-style weapons like the one used by Omar Mateen to prevent future shootings. As a reflection of that impulse, Senate Democrats engaged in filibuster of all legislation pending a vote on background check on all gun purchase, a legislation long opposed by Senate Republicans and powerful National Rifle Association (NRA).

A proper analysis of the gun debate reveals that both sides are right in their argument. The extent to which gun control can control or eliminate gun violence cannot be determined neither can gun ownership guarantee the safety of citizens who purchase deadly weapons. Gun rights advocates insist that the solution to gun violence is more guns pushing the argument that the good guy with a gun can fight with the bad guy with a gun. On the other hand, gun control advocates denounce such rhetoric as myth and ludicrous and insist that the lesser guns on the streets, the safer the society. The various worldviews lack empirical evidence to support an effective public policy response, hence the stalemate in Congress controlled by Republicans who are in turn controlled by the powerful NRA lobby group. In a blistering editorial on Thursday, the influential New York Times called out the National Rifle Association and says the group is complicit in terrorist attacks with its failure to support gun-control restrictions with broad public and bipartisan support.

Less than 24 hours after the Orlando massacre, Republican presidential candidate and acclaimed ultra nationalist pounced on President Obama and Democratic Party nominee for the November presidential elections in November, Hillary Clinton and erroneously told supporters that Democrats are determined to take away their guns. In a series of incoherent rants, Trump ignored the fact that the gunman was American born in Queens New York as Trump himself, and referred to the 29-year-old as Afghan. He subsequently injected racist and religious flavor to the tragic incident and doubled down on his earlier proposal to ban Muslims in the US. Reminded that the gunman was an American citizen, he stated that the incident wouldn’t have happened if the gunman’s father was not admitted into the country 30 years ago.

Trump’s fixation with immigrants and Muslims further exacerbates the prevailing extreme political rhetoric and partisan rancor. The Orlando gunman is first and foremost American who happened to be a Muslim. If he had belonged to another faith, will it attract similar scrutiny from the likes of Donald Trump? Is America applying both security and religious tests at the same time? Perhaps, the news coverage and response from the right is mostly driven by religious test in violation of the constitution.

But all hope is not lost. Hillary Clinton’s more measured response demanded legislation that could make it harder for terrorists, those placed on “no fly” list, and individuals with mental health to get hold of guns. In a nuanced speech delivered in Cleveland, Ohio, Clinton outlined multiple policy proposals, emphasizing the need for the country to unite and desist from scapegoating Muslims. “Our open, diverse society is an asset in the struggle against terrorism, not a liability,” she said. Along with President Obama, most Democrats urged Congress to revisit stalled legislation to save lives and the reputation of the country.

The controversy over guns will remain as divided as American politics. So far as NRA will continue to bankroll Republican lawmakers and in so far as politicians owe allegiance to their financial bundlers, gun violence is likely to continue to dominate national conversation in the United States. With this trend, the pledge of allegiance to the flag of the United States of America which in part reads “…one nation under God, indivisible, with liberty and justice for all” may require some alteration like the three former iterations in 1892, 1923, and in 1954.  Face with the Communist threat of the times, President Eisenhower in 1954 encouraged Congress to add the words “under God,” creating the 31-word pledge of today. Perhaps, “under God” may soon give way to “under Gun”. Is it imaginable that lawmakers in collusion with NRA could push for a change to insert in the pledge “one nation under gun”? It may not happen in reality but it seems to have happened in the consciousness of politicians who may not admit it.