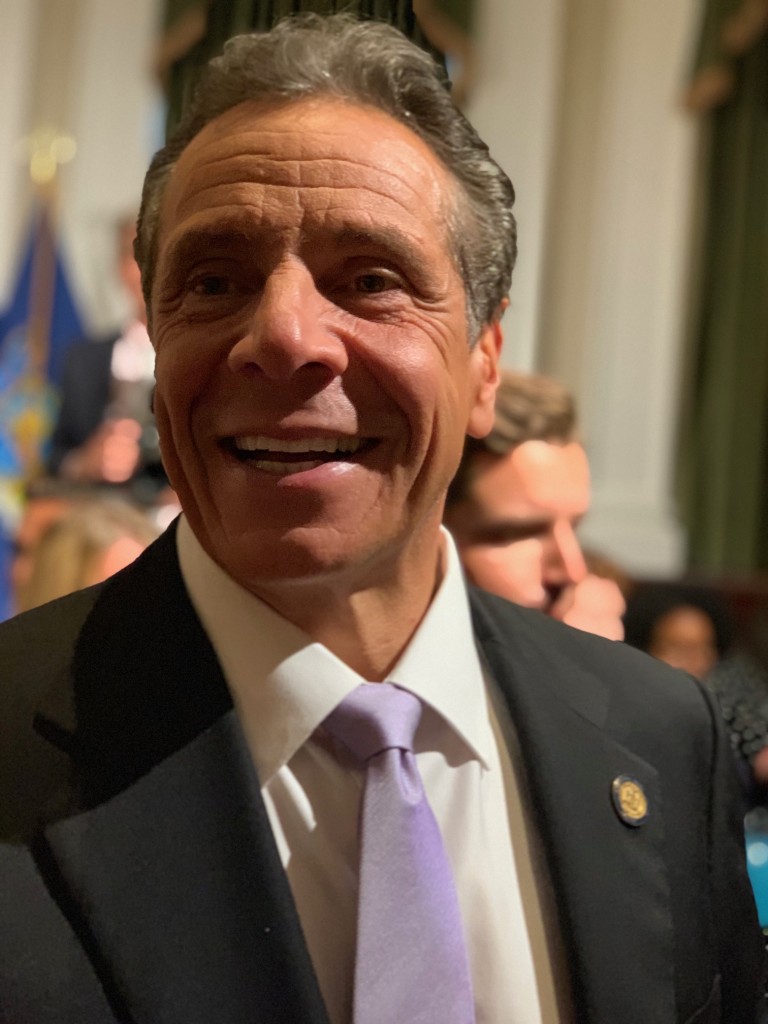 Absence a legislation against domestic terrorism in the United States, the state of New York says it plans to enact a law to address the looming threat of hate and gun violence in the country. The proposed “National Person, A Hate Crime  Domestic Terrorism bill” seeks to treat every person who kills people on the bases of race, religion, creed or sexual orientation as a terrorist with similar penalties as international terrorism with up to life in prison without the possibility of parole.

New York Governor Andrew Cuomo told representatives of civil society groups and media executives at the New York Bar Association, New York that when passed, the state’s Domestic Terrorism Act would be the first law in the nation tackling domestic terrorism for what it is and not just a hate crime. So far, the governor said, race-inspired massacres had spiked  against people considered “different” thereby re-enacting a dark era in American history.

Even with  a rich history of difference and diversity , the country has become increasingly polarized and stoking hatred within certain segments, and  resulting in domestic terrorism fueled by the availability of guns in the wrong hands.

Failing to address this problem at the federal level, New York is set to enact a law that protects New Yorkers from domestic terrorism. These crimes being perpetrated by Americans with extremist ideologies though befitting of terrorism have not been so treated because of loopholes in the law that do not categorize these crimes as terrorism.

Presently, the US treats terrorism as an act committed by foreigners. Americans are perpetrators of terrorist acts as recent activities have shown. However, they are not charged as such because many of these domestic terrorist actors are radicalized within and do not pose any allegiance to an international terrorist organization or ideology.

Hate is not new. It is unfortunately embedded in the fabric of the United States. From Jim Crow laws that included lynching and extra lethal violence against African Americans, the El Paso massacre that targeted Mexicans and other race-inspired massacres are part of the painful history of the United States. We are witnessing a spike in race-inspired massacres and crimes in contemporary America, the State chief executive stated.

Hate, according to Governor Cuomo, “does not discriminate.” There is a resurgence of this ugly past in hate crimes perpetrated against Blacks, Brown, Jewish, and Muslim Americans. With guns in the wrong hands, it is lethal and politicians including Washington must step up to pass comprehensive gun reform to ensure the safety of all Americans. Taking the initiative, the Domestic Terrorism Act will protect New Yorkers who are diverse but have formed a community despite their differences.

Six years ago, New York passed the Safe Act in response to the Sandy Hook  massacre in Newtown, Connecticut. The Safe Act ensures through comprehensive background checks and ban on  assault weapons and high capacity magazines that guns do not fall into the hands of criminals or the mentally unstable. By the governor’s assertion, The Safe Act does not infringe on the rights of responsible gun owners in New York as protected by the 2nd Amendment. Common-sense gun laws work and the argument that comprehensive background checks are aimed at limiting gun privileges to decent gun owners are unfounded.

Following the recent massacres, New York is again taking the initiative to pass the Domestic Terrorism Act, the first in the nation as a deterrent against hate crimes and a step to protecting New Yorkers against the cancer of hate threatening our mutual coexistence. Reacting to the President’s assertion that mental illness pulls the trigger, the governor states that, “if there is no gun, there is no trigger.”

Urging Washington to act and pass sensible gun reform, the governor noted that different administrations have passed gun reforms including a 10 year ban on assault weapons by the Clinton administration in 1994.

Governor Cuomo noted that it was time that Washington did the right thing and protect American lives and urged the president to stand by the founding motto of the United States, “Out of many, one,” and stop the divisiveness but instead, unify Americans.

Christabel Unobe, Ph.D. Candidate at the Division of Global Affairs, Rutgers University, Newark and a Research Fellow at the Rutgers Center for Emergent Threats in the 21st Century (ET21)filed this report.