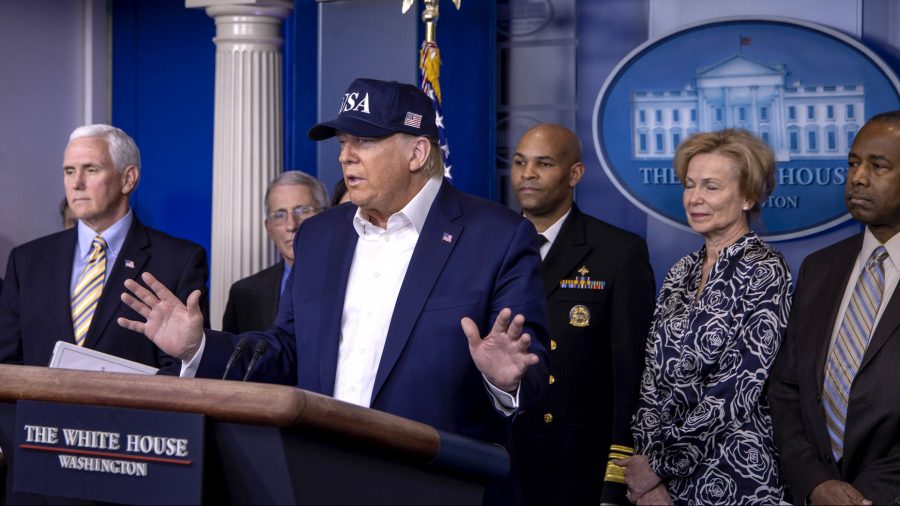 As the novel coronavirus spreads across the United States, journalists are scrambling to keep the public informed about the outbreak and the response. Many are risking their own health to report on the outbreak from the front lines.

Despite the two-month barrage of media coverage since the first US case was confirmed, many Americans remained unconcerned about the outbreak until mid-March, when it began to disrupt their own daily lives. Many also remained unimpressed by the coverage: Among a random sample of adults interviewed for a Monmouth University poll published in March, only 45 percent said the media has done a good job handling the crisis—a worse rating than the 50 percent approval of President Trump’s performance. In a CBS News/YouGov poll published on Tuesday, slightly more Americans said they trust the president than they trust the media for accurate information on the virus.

When this crisis is finally over, we’ll have a better idea of what went wrong—including with the media coverage. Already, though, some mistakes are apparent.

Media’s biggest mistake: too much fixation on Trump

The biggest mistake is the extent to which coverage of the coronavirus has focused on the president. There has been far too much coverage of what he has said—rather than what he has done.
In any other presidency, it might be fine for the media to report everything the president is saying and tweeting. But this isn’t a normal presidency. The White House is governed by a president who has repeatedly downplayed the seriousness of the coronavirus outbreak, made false statements about the availability of testing and medical equipment, promoted a not-yet-approved treatment, failed to follow the National Security Council’s playbook for fighting pandemics, and blamed the chaos on others (including the media) while accepting no responsibility himself.

Focusing so heavily on Trump’s utterances not only spreads dangerous misinformation and raises false hopes about how quickly the virus can be stopped, but also muddles public-health messages with political sound bites better suited for a Trump campaign rally. The president takes center stage at every announcement, and the White House press corps obligingly hands him the world’s largest microphone. Some media critics have suggested it might be better if the media stopped live broadcasting of Trump’s news conferences.

“The microphone should not even be at the White House,” scientists who have fought pandemics told the New York Times, “so that briefings of historic importance do not dissolve into angry, politically charged exchanges with the press corps.” I would go one step further and urge media outlets to let their science and health and business correspondents dominate the coverage, rather than a White House press corps that is easily baited into arguments with the president—and, in the eyes of Trump supporters, appears to be gunning for him.

In an attempt to provide readers and viewers with as much information as possible, almost every media outlet has focused heavily on maps and data—primarily the number of confirmed cases and deaths in each state and county.
Unfortunately, in the early days of the crisis, when the vast majority of Americans were hearing that there were only a few confirmed cases in their area, or none at all, they wrongly (but understandably) concluded that they were at little risk. Only when those numbers began to grow rapidly did people begin to take steps like social distancing and curtailing travel—and by then, it was already too late to prevent the virus from spreading widely.

Every media report that mentions the number of confirmed cases should also include some important caveats: Most people are still not being tested, so the number of confirmed cases is nowhere near the number of total cases, which is at least an order of magnitude higher. Even if we could magically freeze the number of infections today, the number of confirmed cases will continue to rise steeply, for two reasons: More testing will mean more confirmations, and some people who are already infected have not come down with the COVID-19 illness yet—and may be spreading it to others in their vicinity.
There is a similar lag in the number of reported deaths, because many of the people who will eventually die from COVID-19 are currently in an earlier stage of the disease. They may be critically ill for days or weeks, sick but not yet hospitalized, or not yet even symptomatic.
A more accurate—but far less reported—indicator of the day-to-day situation is the number of hospitalizations. As Nate Silver of FiveThirtyEight has noted, hospitalizations seem to be increasing at a rate of around 20 percent per day.
The journalism industry as a whole is currently suffering from two related problems: a failing business model and a lack of diversity in newsrooms. For coronavirus coverage, this has meant that many communities are receiving too little information about what is happening close to home, and too little attention from national media outlets.

The industry has long been in decline. Over the past 15 years, more than one in five US newspapers has closed, and half of all newspaper journalists have lost their jobs. Major national newspapers like the New York Times and Washington Post and cable television networks are doing well, but local newspapers and television stations are struggling. So while much of the action in battling the coronavirus outbreak is happening at the local and state level, that hasn’t been as true for the media coverage.
Another problem is that many media outlets have focused more on communities like Seattle and New York City than on poorer cities with larger minority populations. New Orleans, for example, has some of the nation’s highest coronavirus infection rates but was not on the radar screen of many national or international reporters until the past day or two. That’s partly because most media outlets do not have sufficient diversity of race, class, and age within their staffs. Reporters tend to focus on people like themselves—and so we hear more about how to keep children entertained at home than about children going hungry.

The decline of local journalism has created a vacuum that people try to fill with information gleaned from the Internet and social media. While platforms like Facebook and Twitter can help people stay connected, they can also spread false rumors and drown out messages from health officials.
Although media reports have emphasized that scenes from China and Italy were a preview of what Americans would later face, many audiences did not get a vivid picture of what was—and still is, in the case of Italy—happening in these places. Much of the reporting focused on numbers: the daily death toll and an abstract countdown of how many days or weeks it would take for the virus to advance from Italy to the United States.

Reporters could have done a better job of emphasizing the similarities between these outbreaks and the one developing in the United States—and making the impacts more palpable to Americans. Even a single powerful image, such as the photo of a drowned three-year-old boy that raised awareness of the plight of Syrian refugees, might have helped readers connect the dots between distant coronavirus outbreaks and their own hometowns. 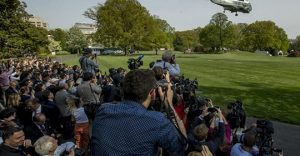 Even the most accurate, informative article can send the wrong message if it is accompanied by a photograph or headline that isn’t carefully chosen. For example, in the early days of the coronavirus outbreak, almost every newspaper article was accompanied by a photo of people wearing surgical masks in public—even though most health officials were advising that masks should be reserved for sick people and health-care workers. Hand washing was recommended as more protective than masks, and yet very few articles showed people washing their hands.

A similar thing happened when newspapers and cable television repeatedly showed their audiences photos of empty store shelves, the result of panic buying. Few of these reports emphasized that there would be new products in the pipeline soon, so people heard a message of scarcity and went shopping.
Some headlines have also sent the wrong message. For example, a headline in the Washington Post earlier this week warned “Trump administration scrambles to offer guidance on what to do if hospitals run out of basic supplies for coronavirus.” Most experts agree that it is not a question of “if” hospitals will run out of supplies, but rather when. Many health-care workers have already been reusing face masks for days.

Headline writers need to pay special attention to how they characterize potential vaccines and treatments for the dreaded virus, lest they raise false hopes or create a false sense of security. For example, the Wall Street Journal’s “Coronavirus drugs, vaccine are many months away, experts say,” sends a very different message than the Observer’s “5 promising COVID-19 vaccines and drugs that could end coronavirus pandemic.” This is especially important when the US president seems to make his own assessments based on what he sees on television, rather than what he hears from his own health experts.

Some of these problems could have been avoided if there was more coordination among major media networks—and between these networks and the federal government. If every major television network had been running the same public service announcements for the past two months, we would have a well-informed and prepared public. But only now are the White House and major media companies partnering to create PSAs that will direct people to coronavirus.gov for information on the crisis.

Dawn Stover contributed this article with minor edits, first published in the Bulletin of the Atomic Scientists

What’s the attraction to the spread of disinformation?