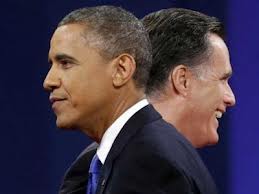 One shudders to think that the GOP and conservatives are still looking for an answer why they lost the 2012 general elections. They are still creating their own narrative and reality. They keep pointing at other reasons and discounting that their ideas on economic policy, social policy, and extreme religious beliefs are no longer acceptable to the majority of present day USA citizens. No person, no matter how charismatic, can win in this 21st century with such ideas (ideology). A lie has speed, but truth has endurance–Edgar J. Mohn.

I am amazed that they forgot that Mitt Romney started polling even with President Obama when he started moderating his views on the economic, social and religious issues. They still deny what their policies actually do to people, they deny science, they deny access to those who need it most and they deny themselves a real debate and true intellectual pursuits that will result in a more fruitful America.  Reality won’t be denied, whether the issue is climate change, which a ludicrous percentage of Republicans at least pretend not to accept, or the country’s diversity, which a self defeating percentage of them simply ignore. It was indeed an election where data trumped emotion. It is high time they realized that strong emotions don’t equate strong arguments.

The most histrionic indicator of the GOP establishment’s enlistment in the post-fact alternative universe was the pillorying of Nate Silver, whose FiveThirtyEight Statistical model in the Times, analyzing all major national and state surveys on a daily basis consistently found President Obama a fairly prohibitive favorite in the race. Yet conservative commentators disgorged words to impugn Silver as a liberal hack; accusing him of slanting the facts to fit a political bias. Freud couldn’t have imagined a clearer case study in projection. There is little more satisfying than seeing the arrogant Rove and Republican strategists get their comeuppance. We know now who was right!!! For a back-up, an “Angel” cannot sell those conservative ideas and win in a general election in the present time, 2012. Mitt Romney knew it and wanted to change all his positions on all the issues he stood for and supported during the Republican primary. The one thing he cannot admit is that it was his own obnoxiousness and obliviousness that also cost him the election. Their talk about “traditional” America and competing visions is hogwash in my opinion. We all want to work hard and we all want the same opportunities. What’s more likely is that minorities, women and other marginalized groups are finally fed up with having a system stacked against them. Their odi et amo ..(I hate and I love) relationship to Hispanics notwithstanding. They do not know how, but feel it happening and they are tormented.

The GOP and conservatives have distorted the American Promise in a few easy phrases like “pro-growth policies”. Connected to no evidence and dangled from twisted logic, their fallacies are widespread. This total simplification of a wider more complex situation is bordering on willful ignorance. The extreme right wing deal in false and misleading dumb and myopic one line statements that are devoid of anything but emotive rabble rousing that are insulting to anyone with even a meager intellect. The religious right distorts faith and ignores direct teachings that contradict their distortions of faith. The conservative right sees the most well-known words in Christianity, the beatitudes, as noblesse oblige, an attitude of mercy that affirms their pity and contempt. Collectively, the beatitudes, define ways of being a citizen in which goodness and worth does not depend on privilege and power, but on an inner attitude where strength is found in sharing, by selfless acts. What Romney derisively calls a “gift”, was once called by the religious right a “blessing”, whether it came through individual or collective means. Rewriting human worth, tying it to privilege and affordability expressed in balance sheets, is no way to solve the problems a country faces.  This cycle illustrated both the limits and the perfidy of money. Pretending otherwise is facetious and delusional…..another reason they lost. The core of political controversy between Liberals and Conservatives is the subtle argument but a seminal one…. does government advocacy for the public interests undermine the very society it is trying to protect?

As someone that have lived and studied in Africa, Europe and here in USA, I can say there is much that can be said against an overarching authority that purports to “do the right thing”. In the first place there is massive corruption. I have seen this first hand with my own eyes. Second, there is massive inefficiency from top to bottom of unyielding bureaucracies staffed by bureaucrats whose only focus is going home at the end of the day. Thirdly, removing the responsibility of the individual to make decisions erodes his manhood and creativity. Seems like a good footing for a political ideology. The problem with the argument is that government has grown in response to a private sector which is more corrupt, overly efficient and heartless. We have evolved to a globalized village that is inundated with technology and the productivity technology has provided. The rich have garnered most of the gains and would do anything to keep it. The only defense for the faceless majority is government. Government run by good men can advance the public interest.. bonum commune.

At this crucial moment Conservatives are the enemy of civilization and Liberals the saviors. They resorted to saying lately that the election was rigged. However, where do we start? If no grounds have been given for the assertion; then there are no grounds needed to reject it.  It is pure “malarkey”!! The Republican Party has an option to evolve into the 21st century or go extinct by choosing to stay in the long gone 1950’s. Another couple of elections and perhaps the Republicans will be reduced to a few small but passionately paranoid cells grousing in dingy cafes about the demise of free market capitalism and people of color who want “stuff”.

The book chronicling what happened in 2012 will devote much attention to the failings of Romney’s campaign and the ruthlessness and surgical rigor of Obama’s. The GOP also needs to tone down the hubris. The oft-derided “community organizer” just schooled them in how organizing communities wins elections. I wonder if they get the irony.

Africa’s ICC Dilemma: A choice of sovereignty or surrender