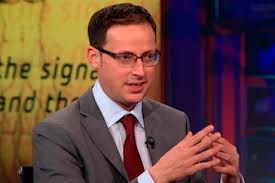 The sharp contrast between Nate Silver-style data-focused reporting and traditional election coverage highlights a growing problem in journalism: data illiteracy. This affects all news, from national and global to hyperlocal.
Last week, Univ. of Texas doctoral journalism candidate Mark Coddington observed:
“Where political journalists’ information is evaluated through a subjective and nebulous professional/cultural sense of judgment, [Silver’s] evaluation is systematic and scientifically based. It involves judgment, too, but because it’s based in a scientific process, we can trace how he applied that judgment to reach his conclusions.
“Both of those different ways of knowing inevitably result in different types of conclusions. Silver’s conclusions are at once much more specific and much less certain than those of the political punditry. The process of journalistic objectivity can’t possibly produce that kind of specificity; that’s outside of its epistemological capabilities. …[Journalists] don’t just have a problem with how [Silver] knows what he knows, but with how he states it, too. Essentially, they are mistaking specificity for certainty.”
Expanding upon this, today U.K. journalism instructor Paul Bradshaw noted:
“[Some journalists also demonstrated that they] couldn’t understand basic statistics and methodology. That was — let’s not mince our words — an embarrassment to the profession. Journalists who professed to be political experts were shown to be well connected, well-informed perhaps, but — on the thing that ultimately decided the result: how people were planning to vote — not well educated. They were left reporting opinions, while Nate Silver and others reported research.
“… In this election it wasn’t that access which won out, but ultimately the analysis, understanding, and data literacy. The reporters who couldn’t handle this witchcraft were left with egg on their faces.”
This points out an opportunity: journalists, editors and publishers who make an effort to become data literate may be able to demonstrate a competitive advantage to the communities they serve — and, indirectly, to funders, sponsors or advertisers.
If you establish a reputation for useful, high-quality analysis of the relevant statistics and probabilities for the news topics you cover — not just local elections, but also education funding, health statistics, employment data and more — it’s likely that more people in your community will turn to you (and recommend you) for research-based insight.
…Perhaps with resulting boosts to your page views and ad rates — as well as mobile traffic to special-purpose apps based on useful datasets.
Data-focused reporting also can be packaged in a variety of compelling ways, including creative charts and interactive data visualizations. As Lisa Williams explained in the recent KDMC webinar Diving into Data, there are many tools to help create powerful graphics based in all kinds of civic data.
While experimenting with these tools, it might help to do a little self-directed learning on statistics. Journalists: become data literate in three steps. Nicolas Kayser-Bril suggests three crucial questions to ask about any statistic or dataset. For more info visit: http://bit.ly/ML28RM