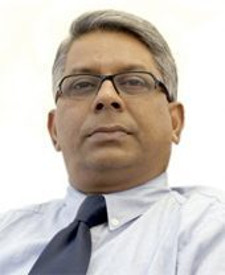 Adam has traveled to over 20 countries on reporting assignments, including China, Russia, Turkey, Egypt, South Africa, Germany, Portugal and Britain. He has written extensively on international and strategic affairs, with particular reference to international terrorism, which incidentally was the subject of his pre-doctoral research work. Adam’s stories and commentaries have been published in several Indian and international newspapers and websites and his work cited in several academic and journalism publications.

Adam is also an editorial cartoonist. His cartoon, “Kennan & Bull,” is published on the Huffington Post and Asian Correspondent websites and republished on several other websites. Adam has special interest in layout and design of publications, both print and Web. He has conceptualized and designed most of the recent publications and websites at organizations where he has served as editor.