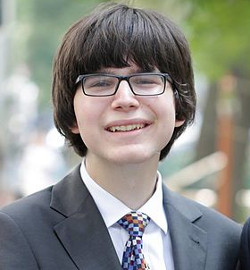 From 2015 to 2018, Mr. Janniger served in the Ministry of National Defense of Poland, first as Advisor to the Minister, and subsequently managing the Minister’s special initiatives. Mr. Janniger holds the record as the youngest sub-cabinet official in Poland’s history. He is the Deputy Chief of Staff to Minister Antoni Macierewicz.

Mr. Janniger is the Director-General of the International Security Forum, maintains an adjunct appointment at Marconi University, and was elected by the full Rutgers University Senate to three terms on its Executive Committee.

He is the author of several articles and op-eds on defense policy and military intelligence, including publications in Politico Europe and Newsmax. Mr. Janniger is an Officer of the Order of Saint Lazarus, a distinction he received in 2018.