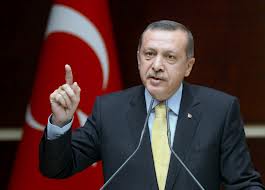 Conflict is an essential aspect of news. So when the Turkish Prime Minister Recep Tayyip Erdoğan instructs journalists not to cover news associated with the Kurdish conflict, it arouses the specter of oppression and suppression of the media and free expression.

Turkish Prime Minister Recep Tayyip Erdoğan clearly crossed the line of his executive powers to instruct the country’s journalists not to cover soldiers’ deaths or other news related to the conflict with Kurd separatists.

Prime Minister Recep Tayyip Erdoğan of Turkey is known to lash out publicly at journalists of whose coverage he disapproves. He has called on media owners and editors to discipline reporters and columnists critical of his policies, particularly when it comes to the sensitive Kurdish issue. In more than a few cases, to avoid trouble, newsroom managers have listened and dismissed the staffers in question.

But Erdoğan’s most recent televised “message to all the media” crosses from reprimanding into directly instructing journalists to stop covering the long-standing conflict between the Turkish Armed Forces and the outlawed Kurdistan Workers’ Party (PKK). This is unthinkable.

At a live TV debate on August 31, the prime minister told journalists: “This [news about the conflict] must be ignored; there is no other way.” He proceeded to claim that U.S., French, and British media do not cover military action in Afghanistan. (This, of course, is untrue. A simple Google news search of the keywords “coalition forces in Afghanistan” returns 21,000 hits.)

Erdoğan brought up the recent kidnapping by the PKK of an opposition member of parliament, who was released two days later in southeastern Turkey. The prime minister said he believed the kidnapping had been staged and, by covering the incident, Turkish media served as a propaganda platform for the PKK. “I really expect the media [to act] as one hand, one heart,” Erdoğan said. “I want to come to an understanding with you on this subject. This is a message to all the media. There are soldiers of all the coalition forces in Afghanistan. There were 158 losses in the last month, I received the numbers today. However, you cannot see this in either a British newspaper or in a French one. However, when it is us, print media covers it all.

“What are they [Turkish media] doing?” the prime minister said. “The most important target of terrorism is propaganda. [Terrorism] gets it done for free here. On whose side will the media be?”

Propaganda of terrorism is an umbrella term in Turkey, where the legal system provides authorities with ample opportunity to prosecute and imprison journalists, publishers, academics, activists, and demonstrators on the vaguely defined charge. Dozens of journalists are in prison in Turkey for their work, the vast majority of them on PKK and terrorism-related charges.

The prime minister has publicly claimed a commitment to freedom of the press and freedom of expression as pillars of a democratic society, but when he equates media coverage with abetting terrorism, he sends a message to Turkey’s judiciary and prosecutors to keep going after members of the press who cover the sensitive Kurdish story.

In his August 31 statements, Erdoğan specifically told the media to stop reporting on fallen Turkish soldiers, who are officially recognized as “martyrs” by the Turkish state. When a journalist pointed out that readers demand coverage of the issue, the prime minister was straightforward: “Here, I believe that covering it even in small ways should be put aside. It should not be covered at all.”

Meanwhile, the trial of more than 40 Kurdish journalists, charged with supporting terrorism is continuing in Istanbul. The accusations stem from media coverage of PKK activities.

Culture of Secrecy and Opaque Leadership in Africa