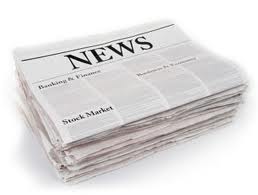 By Uchenna Ekwo
When The Des Moines Register endorsed Mitt Romney this weekend—the first time in 40 years that it backed a Republican—it got both campaigns talking. In particular, former House Speaker Newt Gingrich commented that the endorsement of both The Des Moines Register and South Florida Sun-Sentinel spelled doom for the Obama campaign because both publications have changed their presidential endorsements from four years ago in favor of Romney.
Similarly, Republican Sen. John McCain of Arizona, speaking on CBS’s Face the Nation, said the Register endorsement is a significant milestone. “In a close race, the Register is very well regarded,” he said.
Coming from two leading conservative politicians who often accuse the media of being “in the tank” for Obama, their praise of the newspapers brings to question: whether newspaper endorsements are still relevant?
With declining circulation, audience share, and revenue, it is uncertain as to the power of newspaper endorsements in presidential politics. Can the newspapers sway voters’ opinion of the candidates? In a fragmented media environment and with growing influence of social media and online media organizations, could newspapers be living in the past when their editorial opinion mattered? Answers to these and other questions can be found in studies related to media effects on audiences. What is known however is that news media organizations help to define salience of issues that engage citizens’ attention to make informed decisions as to which political leaders to support or not.
According to the American Presidency Project at the University of California Santa Barbara, which tracks endorsements of the top 100 major newspapers based on daily circulation, 33 newspapers with a total circulation of 8,785,527 have endorsed Obama. The 27 newspapers that have endorsed Romney have a circulation of 4,902,794.
Elizabeth Dwoskin a staff writer for Bloomberg Businessweek in Washington writing under the caption “Do Newspapers’ Presidential Endorsements Still Matter?” argued that although newspaper endorsements are prized by both politicians and the media, it may not move voters.
For the candidates, said Dwoskin, these endorsements are a big deal. “They brandish the endorsements in television ads and brag about them in campaign stops. They are a big deal for the media as well. Despite Hurricane Sandy, the New York Times’ endorsement of Obama, on Saturday, was still the most-clicked item on the paper’s website on Sunday night.”
Another journalist and news correspondent for National Public Radio – NPR, David Folkenflik in a piece for his station entitled “Newspaper Endorsements: Prized, But Often Ignored” argued that newspaper endorsement of political candidates puts journalistic goal of objectivity to question.
In the opinion of Folkenflik the move toward objectivity as a journalistic aim in reporting mirrored the decline of vibrant multi-newspaper towns, as surviving newspapers wanted to capture readers, not alienate them.
Perhaps, the quest for neutrality in reporting politics may have some influence in some newspapers that desist from endorsing political candidates. For example, some major papers, including the Atlanta Journal-Constitution, the St. Paul Pioneer Press and the Milwaukee Journal Sentinel, no longer make presidential endorsements. USA Today never did. And yet campaigns fixate over which candidate has won more of media endorsements.
In an era of dwindling public confidence in the media and voters that have become increasingly accustomed to hyper partisan media, the very idea that readers would trust some editorial board to come to a balanced, authoritative conclusion about a candidate’s record can seem an anachronism.