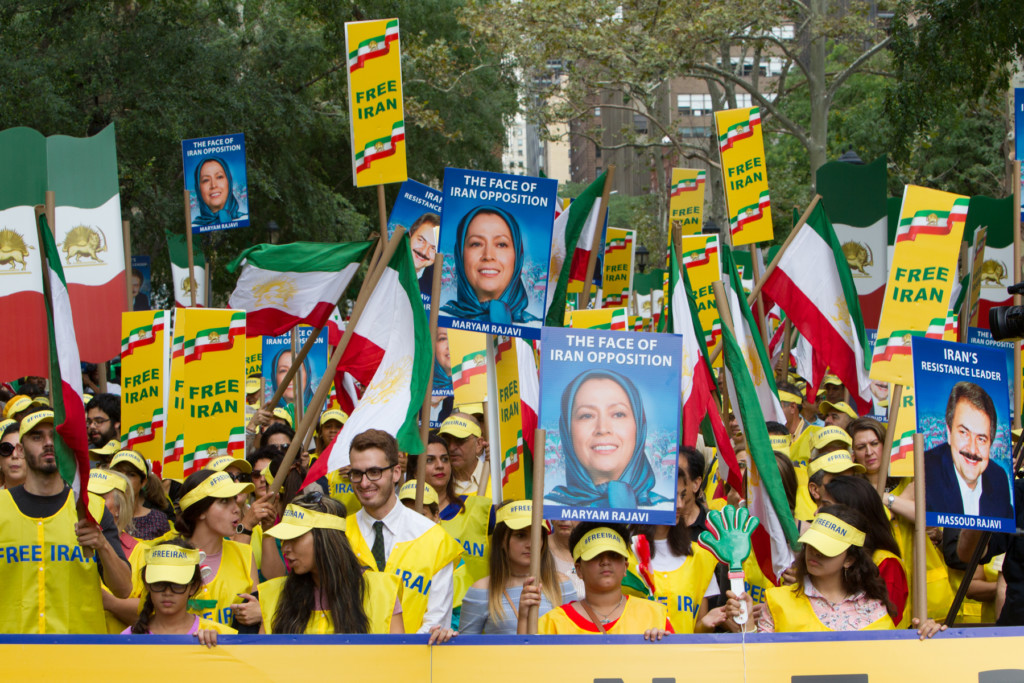 A day after US President Donald Trump attacked Iran’s theocratic regime and assailed the nuclear agreement negotiated by his predecessor, Barack Obama,  the president of Iran Rouhani took the stage at the annual UN General Assembly in New York. But, as Rouhani was addressing fellow world leaders, his compatriots in exile who are poised to throw his government and the clerical regime in Teheran out of office gathered in front of the UN headquarters with massive support from the US political establishment.

Former senators and congressmen addressed the nearly 2000 Iranians and their supporters who thronged from different parts of the United States to show solidarity for the resistance movement that appears to be gathering momentum.

Former Democratic Senator from Connecticut and one time Vice Presidential candidate, Joe Lieberman re-echoed Trump’s debut speech at the UN and hyped the eventual demise of the dictatorship in Teheran.   “Oppressive regimes cannot endure forever, and the day will come when the people of Iran will face a choice”, Lieberman citing Trump expressed the hope that “if the regime in Iran will not change, and I know it won’t, then we must change the regime”.

Notable Washington hawks including former US Ambassador to the United Nations, John Bolton addressed the gathering to the  regular chants of freedom and change unlike the usual chant of “death to America” encouraged by the hated regime in Teheran.

More details of the rally is being compiled.