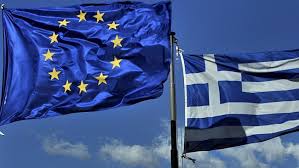 In the wake of the capitulation by Greece’s Prime Minister Alexis Tsipras to the demands of the country’s creditors, one thing is clear. It’s not Greece which has failed, but rather Chancellor Merkel, Finance Minister Schäuble, the EU Commission, the European Central Bank, and the IMF. Without prejudice to the outcome of Sunday’s referendum in which Greeks will be asked to accept or reject proposals made by creditors,  why should the Greek government stick with the austerity measures demanded by the EU, which have already reduced the Greek economy by a third, lowered the birth rate, raised the death rate, and increased youth unemployment to 65%? A policy that even the IMF had to admit was completely incompetent, and that the UN expert on debt and human rights condemned as a clear violation of human rights? Greek Prime Minister Alexis Tsipras’s decision not to capitulate to the “shock and awe” method of the Eurogroup’s Shylocks is not only correct, but offers the chance for all of Europe to break with the insanity of the casino economy, which only serves the interests of the banks and speculators—provided, however, that Germany and other countries find the courage to mobilize Europe’s moral and intellectual strengths.

If panic now breaks out on

the financial markets and the European economy collapses, Greece will not be to blame, but rather the fact that the entire trans-Atlantic system is hopelessly bankrupt. Instead of using the threatened meltdown around the bankruptcy of Lehman Brothers and AIG in September 2008 to regulate the banking system and to ban speculative excesses, a gigantic redistribution took place, transforming private gambling debts into public debts, and the taxpayers had to pay for the bailouts. In the case of Greece, only 3% of the bailout funds stayed in the country, while the rest flowed back into the European banks, allowing the speculators to dance even more wildly around the Golden Calf. The reality is that the trans-Atlantic banks, which are supposedly “too big to fail,” are 40% larger today than they were in 2008, and the total of derivatives amounts to something approaching $2 quadrillion. And that is exactly what could disappear into thin air in an uncontrollable crash, in a “Grexit” [exit of Greece from the Eurozone—ed.].

Just in time for the explosion of the crisis, the Bank for International Settlements (BIS) announced in its annual report that the world has no defense for the next financial crisis, since the central banks have already fired off all their ammunition. They even outmaneuvered themselves, since with their repeated interest rate cuts, they created all the preconditions for the next crash.                              In fact: “The game is over, Mr Schäuble—but not for Greece, but for your own failed policies!”

That is precisely why the Greek government’s demand for a debt conference—not only for Greece, but for all of Europe—is absolutely on the mark. A drastic debt “haircut,” in tandem with the introduction of a Glass-Steagall two-tier banking system on both sides of the Atlantic, must put an end to the casino economy. In its place, we need to establish a credit system, similar, for example, to the Kreditanstalt für Wiederaufbau [Reconstruction Finance Agency], which was created after World War II to finance the real economy, generating the German “economic miracle.” Without such a fundamental reorganization of the financial system—i.e., continuing with “bailouts” or “bail-ins” ad nauseum (the Cyprus blueprint of Eurogroup head Jeroen Dijsselbloem)—the impact on the savings of every citizen in Europe and the United States will be very much worse than what the Greek population is enduring today. Solidarity with Greece is the best thing you can do for yourself and for your own future!

There is a very real and immediate way out of this crisis: The “win-win” strategy offered by China, i.e., cooperation to build the New Silk Road, the so-called “One Road, One Belt” policy, which President Xi Jinping proposed at the APEC summit in Beijing last November to President Obama and the heads of other major countries, provides a real prospect for overcoming the evil of geopolitics. In the West, China’s New Silk Road policy was virtually ignored for nearly two years; now the realization is belatedly dawning, that this revival of the ancient Silk Road has picked up incredibly impressive momentum. It represents a dynamic that one could only describe as “A Grand Design in Action.” Along with the Asian Infrastructure Investment Bank (AIIB) and the new financial institutions of the BRICS countries [Brazil, Russia, India, China, South Africa], a parallel economic and financial system has evolved in the last two years, based on exactly the same economic principles as the American System of Alexander Hamilton, Friedrich List, Otto von Bismarck, and the German economic miracle in the post-war period.

The EU-China Summit on June 29 could be the beginning of such cooperation. China has already expressed its interest in generous investments in European infrastructure projects, and European Commission President Jean-Claude Juncker announced that the EUR 315 billion investment plan of the European Fund for Strategic Investments (EFSI) so far

has no investors to provide a real capital line for it. In its preparations for the summit, China expressed great interest in cooperating with this Fund for the implementation of the New Silk Road. Thus, the 2012 program of the BüSo for extending the New Silk Road to Southern Europe and the Mediterranean is coming immediately within reach. Greece can—along with the Balkans, Italy, Spain, and Portugal—very soon experience the same economic development that China’s economic miracle has demonstrated over the last 30 years. Prime Minister Tsipras has, with his recent trips to Russia and China, already had extensive conversations about how Greece, which has had long historical and deep cultural ties with both nations, can cooperate with the New Silk Road and the BRICS countries and become part of the new dynamic. Europe should take up Greece’s offer to be a bridge between Europe and the BRICS.

However, if the EU responds to the generous Chinese offer by trying to subvert the new Chinese institutions with the old neo-liberal monetarist and failed concepts or with the satanic climate swindle of Commander of the British Empire Hans Joachim Schellnhuber, as it just appeared in the new Encyclical of Pope Francis, then this will mean missing in all likelihood the last chance to save the world before the crash.

Helga Zepp-LaRouche is the  Founder and President of the Schiller Institute, New York

The views expressed in this article belong to the author.

US and flash points in Africa